When I reviewed the program months ago and saw Gwen Marston was teaching at Paducah this year, my heart raced a bit. Gwen has been so influential in quilting–pushing quilters to find their own style and be guided by color, arrangement, and energy of design. Well before the newer crop of modern or contemporary quilters and even before the (unfortunate) advent pre-cuts, do-it-all sewing machines, and self-regulating, programmable long arm quilting machines that can quilt for you in your sleep, she was going back to the simple and eternally complex roots of quilting, filled with make-do beauty and patterns born both of necessity and desire. In so (sew) many ways, she is the precursor to the modern quilting faction (Schmidt, Ringle, et al.).

And, it turns out, she’s totally awesome! Funny, thoughtful, generous, gracious, kind and quirky while also being a solid teacher full of constructive criticism that lands softly and effectively. She could name drop with the best of them if she wanted but somehow makes each student think she’s an equal in the conspiracy of the joy of quilting.

Gwen calls her style “liberated quilting.” She ask you to put aside the rules and rulers and just create blocks. Honestly, it takes a while to let go of the compulsion to measure and perfect. But, throughout 10 hours of classes with her, I saw it work with all the students. Some felt more comfortable being “liberated” within the lines–which was who they were. So it worked for them, too. So, so fun!

I wanted to double challenge myself and wanted to work only with solids this trip–because I almost never do. So, I bought a massive number of the really inexpensive Connecting Threads solids (which were great quality BTW) and just took the whole haul with me. My first class, I worked on a modified rail fence in reds, greys, black, purple & orange. The second class, I set out on a “liberated” log cabin in soothing blues and greens. This was a last minute decision; I had planned on brights but accidentally shipped the wrong fabric home, which I realized only after I sat down at class :(. So, I worked with what I had left–actually pushed me a bit, which is good! The first class ran 7 hrs; the second 3.

These are pics of my blocks, my sister’s, and others’ who were in both classes. Plus some of Gwen’s work. She’s slowing down her teaching schedule, so if she comes near you, snag that class!!! 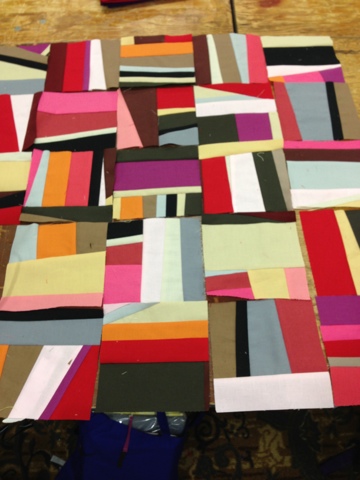 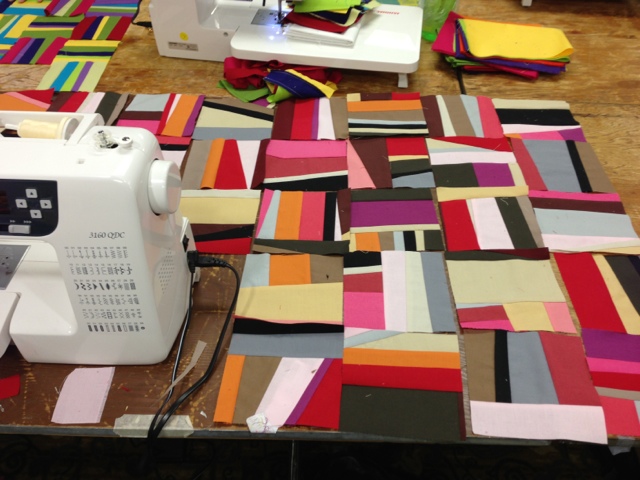 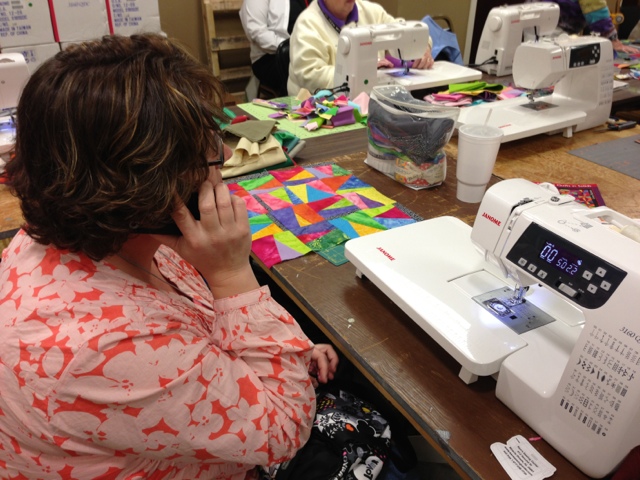 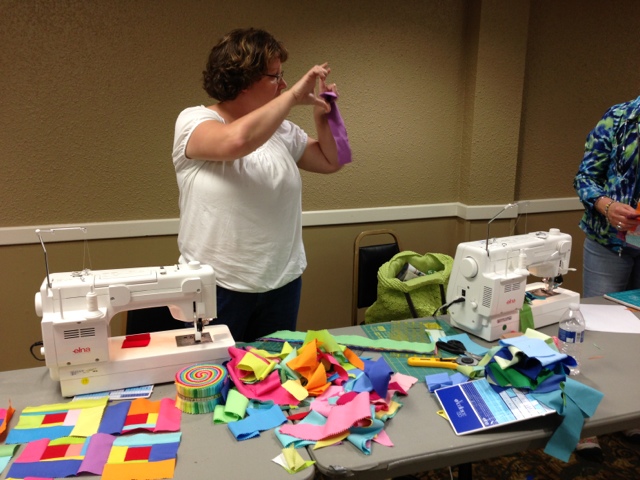 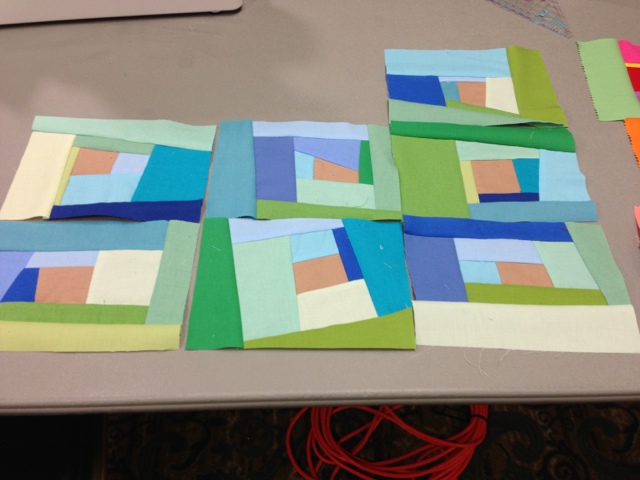 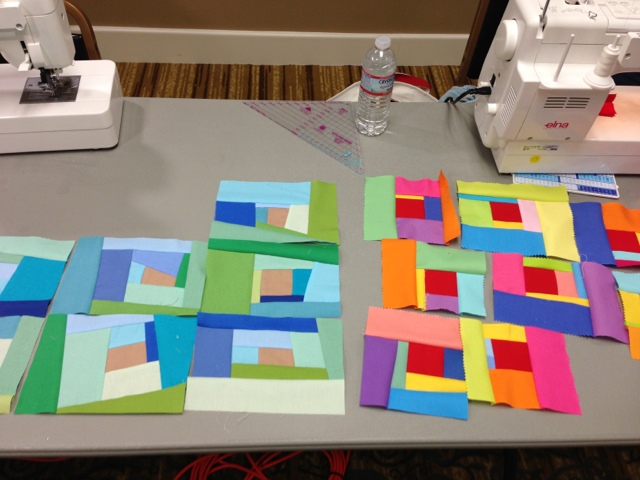 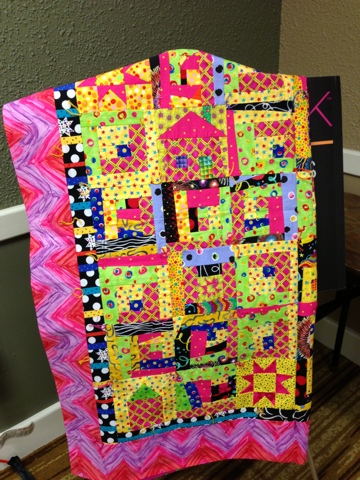 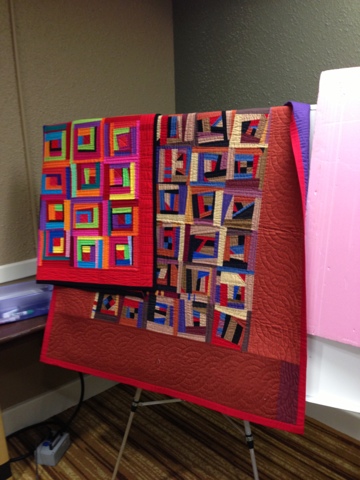 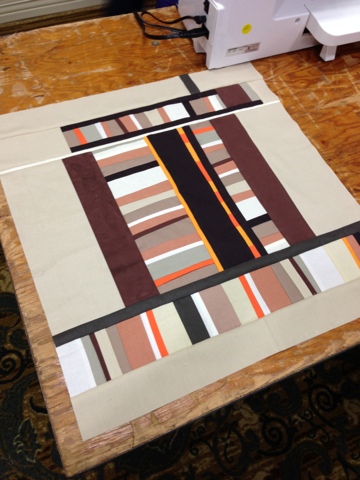 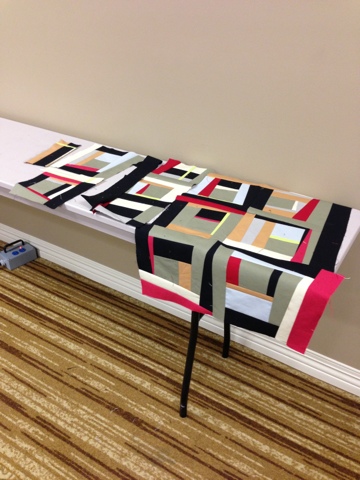 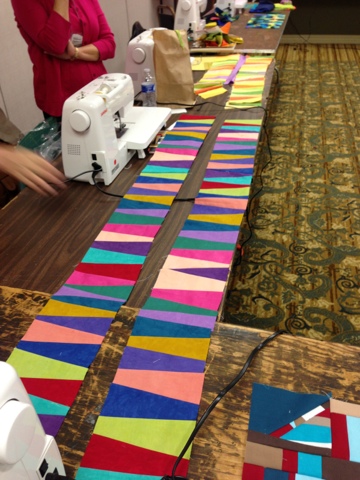 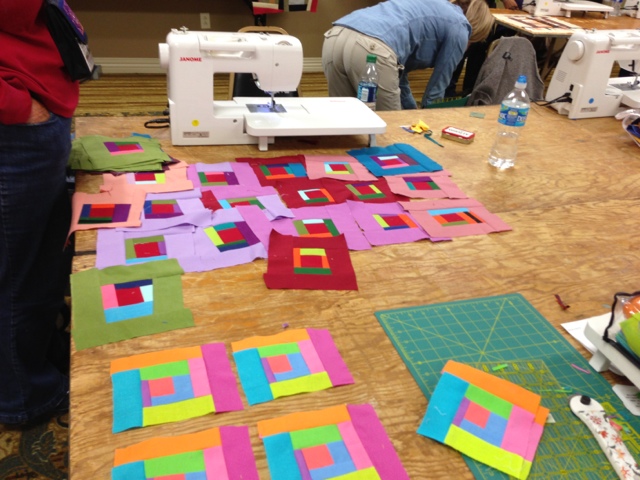 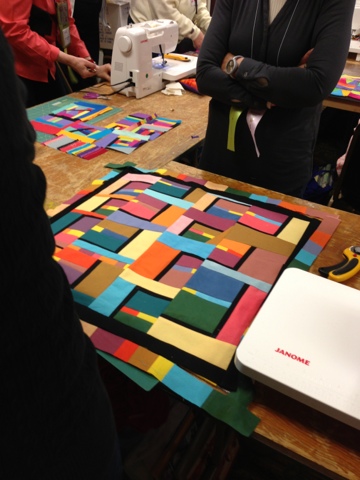 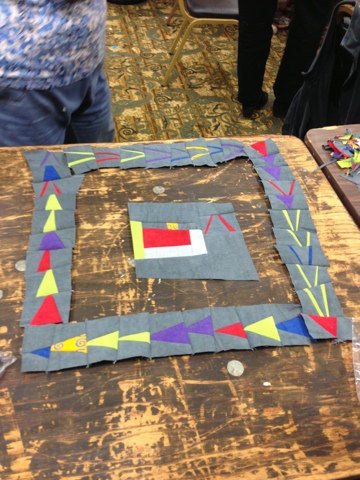 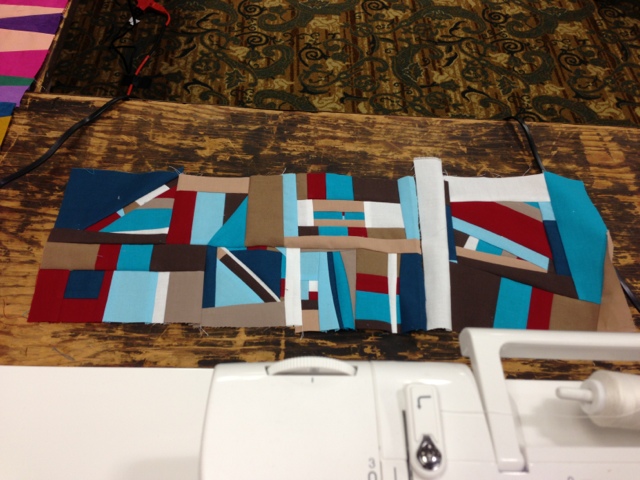