Paducah has 4 separate vendor areas onsite at the convention center, and then there’s dozens more vendors scattered throughout the city–including the supercool AQS “hurt books” sale, where books are $5 ( including a good number one can buy for 5-6x more on the sales floor). Here are some random observations about the shopping:

–Prices do vary booth to booth by 2-5 dollars on items, which was surprising to me.

–Some booths are rocking awesome style & super friendly staff. Others are chilly and sterile. And it doesn’t correlate to price.

–Almost all the sewing machine salespeople are hardcore deal closers. It’s worse than a used car lot. I was trying out the smaller quilting machines thinking I could get a buy-in point that would be less than the cost of a car. Whew–was I wrong (with one exception). But it was hard to extricate once I sat at a machine. Ick! After playing around with it & researching online, I did buy a stripped down “21st Century Featherweight” version of a long arm (Sunshine 16) from a no-hard-sell couple who manufacture and service them, for not much more than I paid for my old workhorse 1090 Bernina decades ago. Nothing fancy, which is all I need. Can’t wait to get it!

–Weeks Ringle and her husband Bill Kerr are two of the stars of the “modern quilting” faction. So, it was a surprise to find their Pottery Barn-stylish booth in the low ceiling, exposed ductwork lower tier vendor space. Bill was staffing the booth and couldn’t have been nicer, more gracious in answering questions or more gushy about his wife’s design sense. Loved it!

–Apparently, the fabric mothership that is Hancock’s of Paducah knocks its remnants pricing to just $3.98 a yard ($2 off!) at some point during Quiltweek. As it turned out, that day was the day we went and got there at 8 am. So, for a good hour, it was us, about 50 other people and 1000+ yds of first quality quilting cotton remnants! Score!!!! Then, suddenly it was like a vacuum sucked 1000s of people into Hancock’s, which must be 40K sq ft at least and was packed. 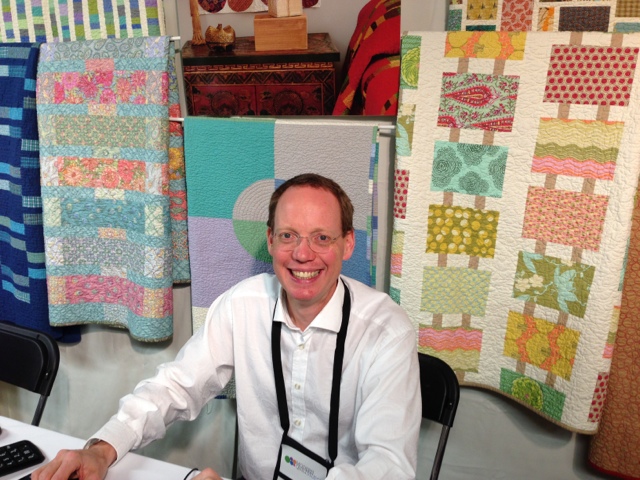 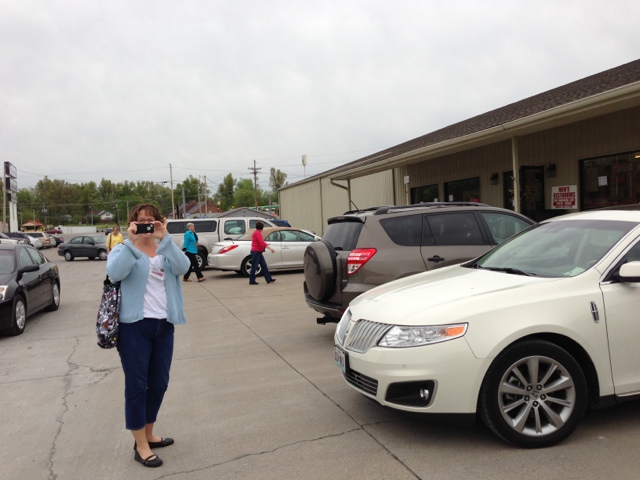 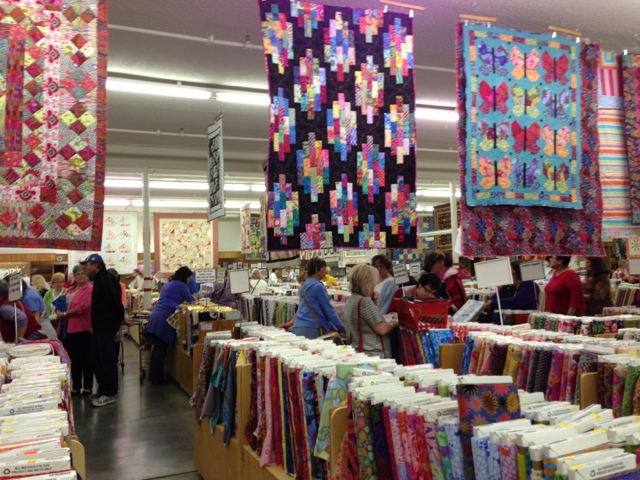 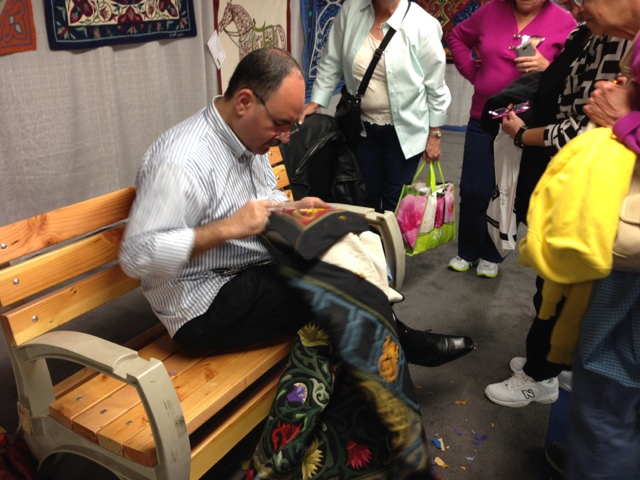