The walk to Brookfield from the train station goes through a cute residential neighborhood and past a high school.  We all agreed it would be crazy awesome to have a zoo right behind your school!

At the zoo, we were greeted by an amazing peacock, that strolled around casually. 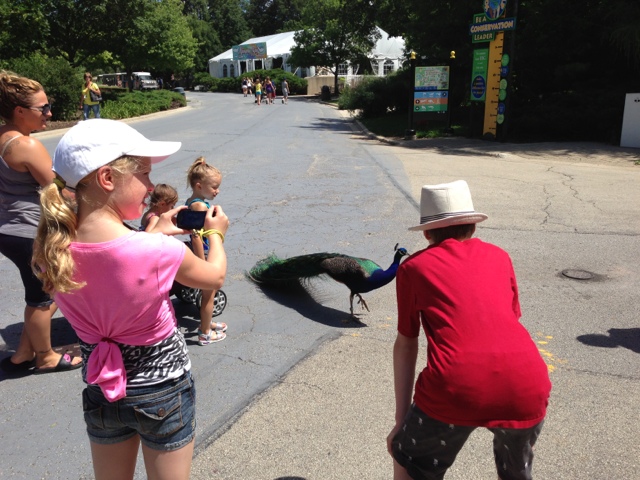 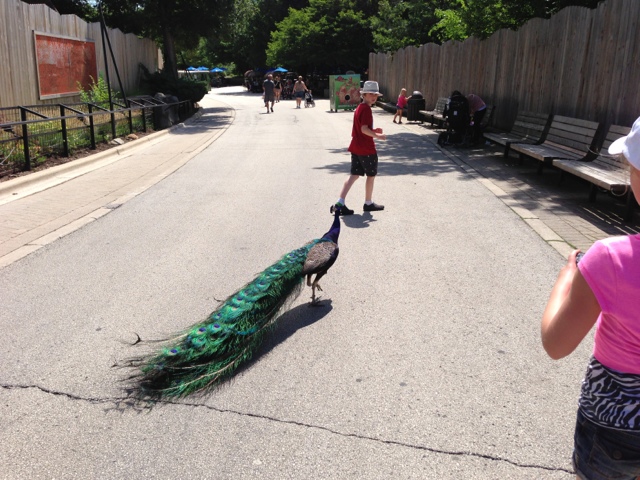 We were drawn to Brookfield by the promise that we could walk among dinosaurs.  And, they delivered!  I’ve clearly been out of the dino-game for too long as I missed the memo informing us that a lot of them were covered in downy, fur-like feathers.  Including the velociraptor–which made it even creepier! 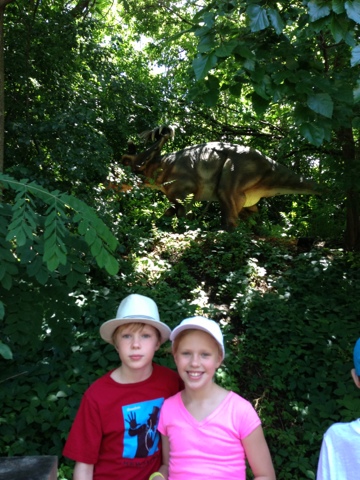 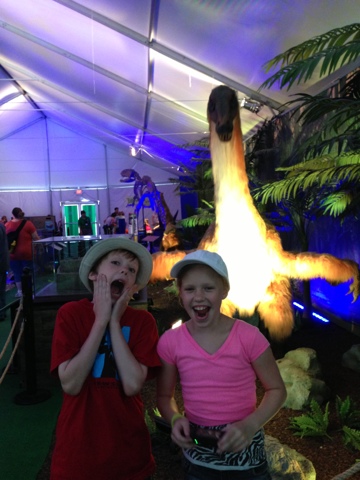 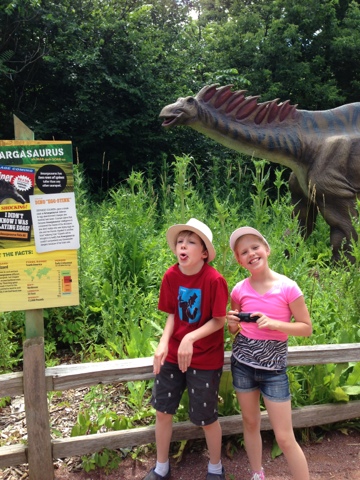 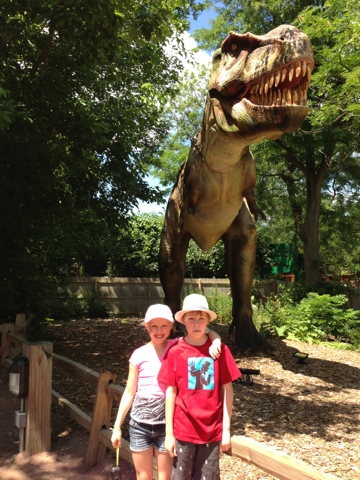 And, the kids found the sweet spot at the Stingray tank that let them pet a couple dozen of the balletic creatures. Cool! 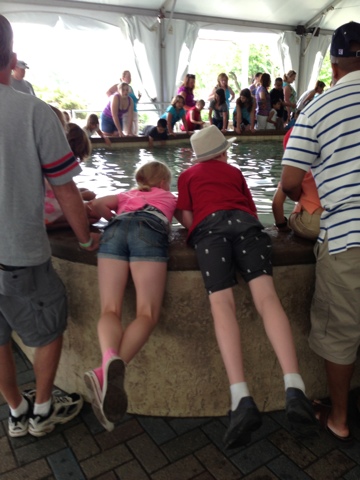 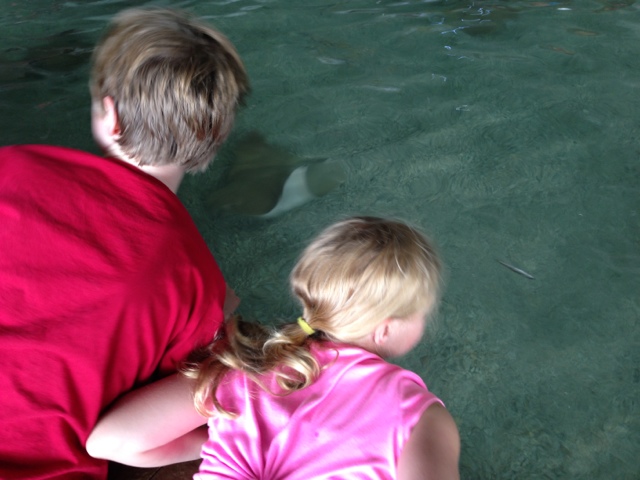 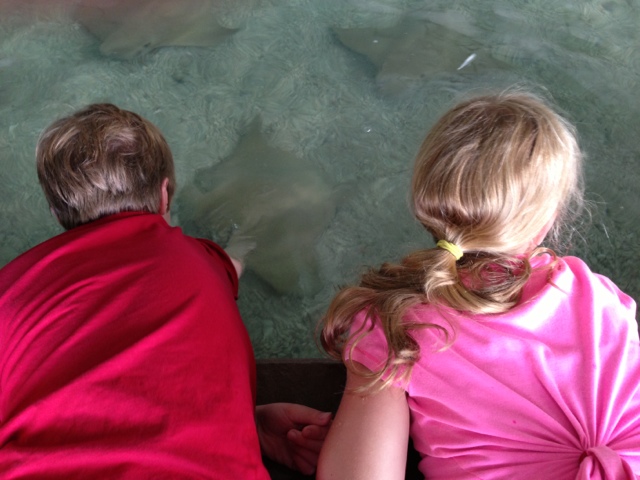 We caught a dolphin show in which 3 of the 5 performing females were pregnant and all trainers were women–Lean In, sistahs!  Drank ICEEs out of dumbbells (don’t ask). And rode the zoo tram a couple times around the park when it started raining.  On that ride, the tour guide informed me that in his two years, I was the first guest to correctly identify that WPA stood for Works Progress Administration.  (The zoo was built in 1934.)  Who said a three credit hour class called Art in 30s America was a waste of time?! Not me! Lean In, English majors!
We loved the Brookfield Zoo! Where else could we have bought paper made from elephant poop?