So, the Chicago Blackhawks won the Stanley Cup. That’s hockey, right?  This led to an official citywide party that began at about 6 am on Friday and drew about 2 million (no joke!). 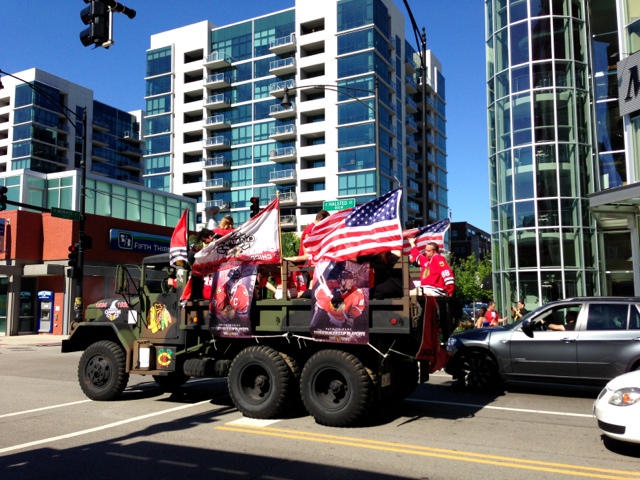 So, with Ned ensconced in his library meetings, the kids and I decided to flee to the Brookfield Zoo.  (Trust me, living for 20+ years in an SEC college town takes the shine right off drunken celebrations of athletic victories.).
Although they’ve taken almost every other form of modern conveyance, the kids have never taken a train. Subway, metrorail, monorail, tram, bus, car, plane, boat, ship, kayak, ferry, horse, scooter, WEDway people mover–yes! Good ol’ train, no.  With this, we set off for Union Station to catch the Burlington Northern to Brookfield. 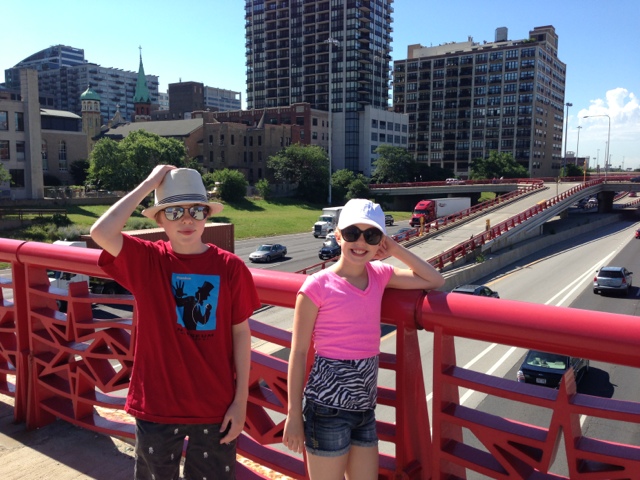 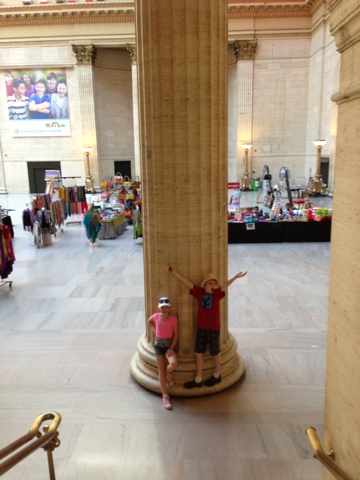 It was–natch–colored red for the Blackhawks 🙂 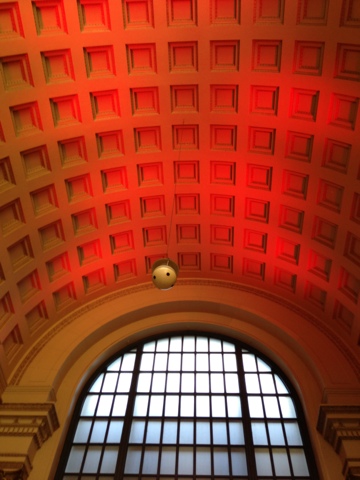 Although he routinely braves the NYC Subway, DC Metro and Miami roadways in full-on rush hour without batting an eye, Penn was a bit freaked out by the idea of the train.  We sat on the top on the way out, which he said was too much like the Night Bus (Harry Potter).  On the way home, he was a more mellow traveler. 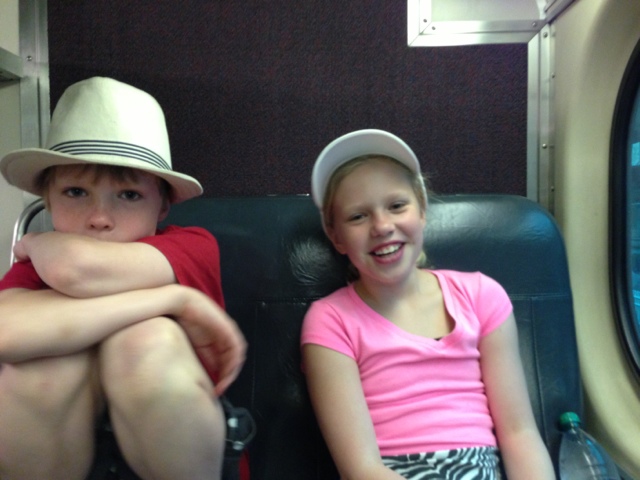 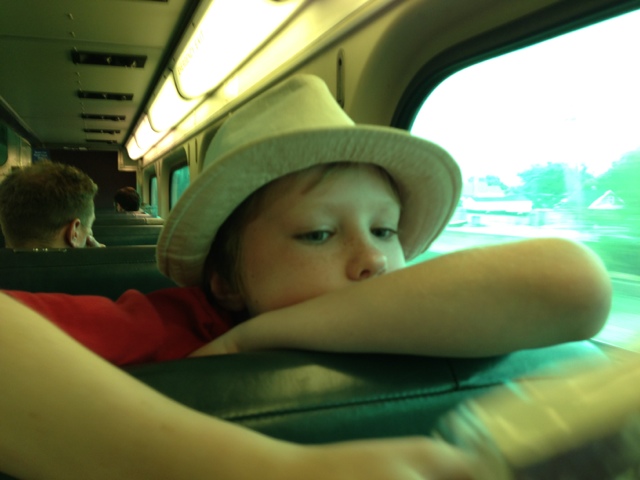 PS–Walking to Union Station, we saw our first ever Tesla, parked at a Walgreen’s charging station. Cool! 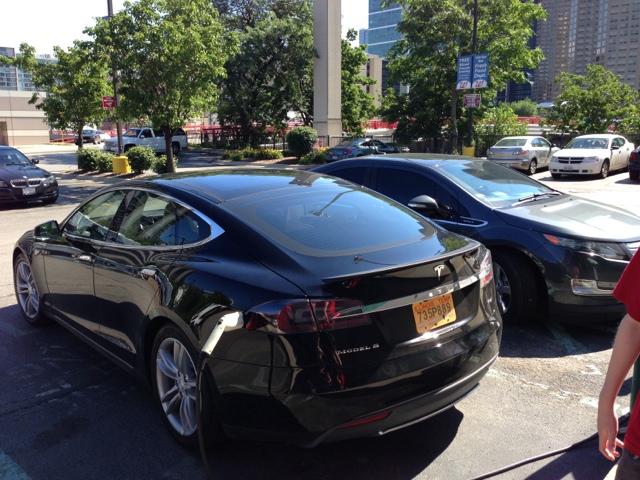