We met up with friends Alyson, Whitey, and their daughter Meredith at Ed Debevic’s for dinner.  Alyson grew up in Chicago and loved Ed’s when she was little, so we headed there for Meredith’s early 7th birthday celebration.

The diner’s gimmick is that all the waitstaff sass you, and you’re expected to give it right back.  For kids, this is like a license to upend all rules of civilization. Of course, it took ours about 2 seconds to go full Lord of the Flies.  It took Meredith a bit longer, but her booth mates eased her into it.  And soon, our waiter Haystack–presumably not his given name–was rueing the day he picked up our table, and Meredith was screaming “I love this restaurant!” at the top of her lungs.  Good times! 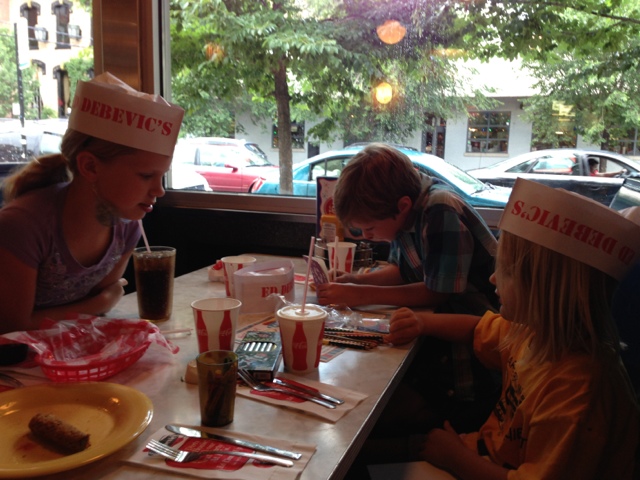 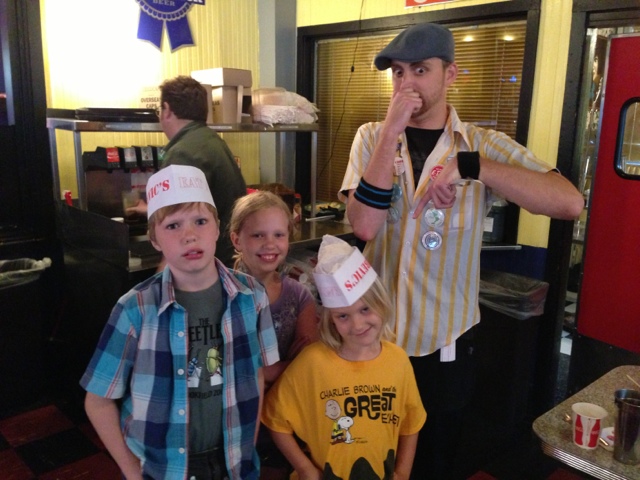 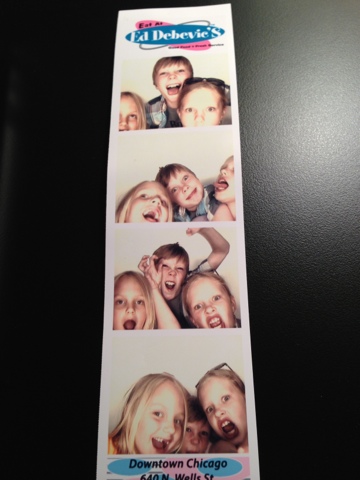 Then, we found an awesome futuristic park along the river and the kids ran themselves silly until it rained–powered by gigantic milkshakes, chocolate cokes, green rivers and their moment of glory smashing the state (with a side of fries). 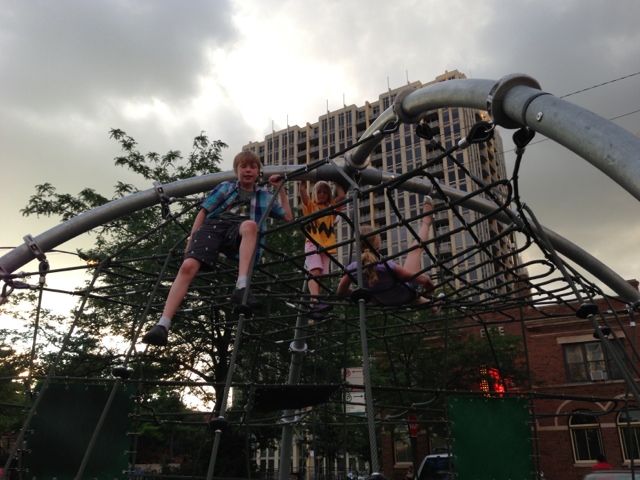 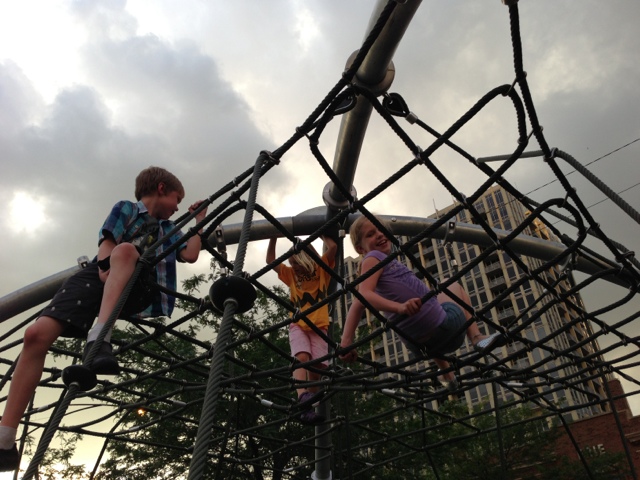