Saturday morning, we set out in search of breakfast with our trusty Urban Spoon app.  (Sidebar: how did we ever vacation without this thing? We’ve found such great places with it from Kohala to NYC and everywhere in between.)  A place called Meli Cafe looked good, so we marched up the street.  We’re staying basically in Greektown–irony alert, that’s the one cuisine we’re not especially keen on–so our trip took us past about 9000 Greek places on a fairly deserted walk, until we came upon a sunny looking spot that seemed pretty full.  Why?  Because it’s breakfast heaven, that’s why.

Meli has a juice menu that’s separate from the breakfast menu and dishes built around stuff like cocoa crepes stuffed with Nutella or cocoa waffles covered with strawberries and bananas and specials built around guanciale (so, so good!).  The plates are as big as your head and come with perfectly seasoned breakfast potatoes.  The coffee is rich, dark, and endless.  Wow! 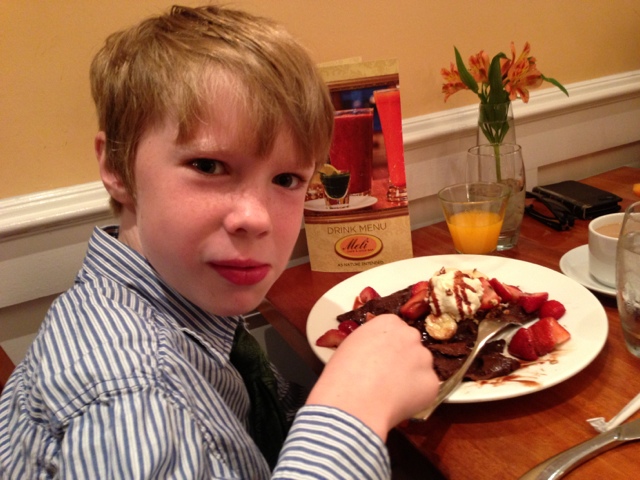 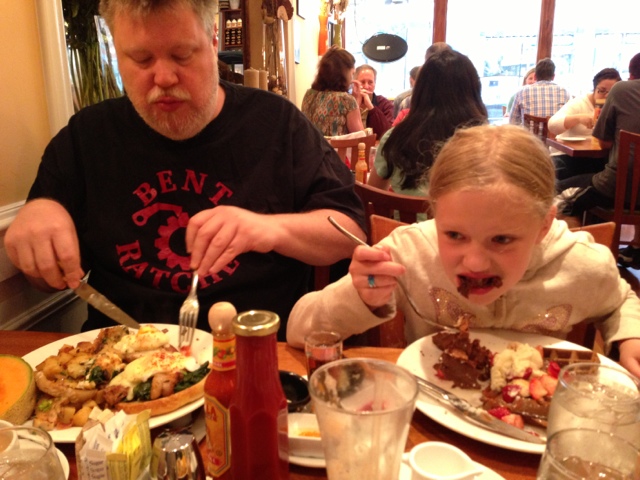 By the time we finished, the line was out the door and down the block.  Who knew?  And we didn’t need to eat until dinner, which was good because we went to Harry Caray’s Italian Steakhouse–which is now Penn’s absolutely favorite restaurant.  It’s a Chicago institution for a reason–perfectly prepared steaks, chops and sides.  My rib slim son devoured an entire 14 oz grilled pork chop.  Harper and I shared a buttery/salty 20 oz ribeye.  And, Ned went exotic with peppercorn bison filet.  The table filled out with mac and cheese, garlic mashed, corn custard and garlic spinach.  Somehow after all that, they still put away a skillet brownie sundae.  Given that we all were about two more bites shy of going into food comas, we walked the mile and a half back to our hotel, waving at all the boaters along the river.  As Harry would have said, “Holy Cow!” 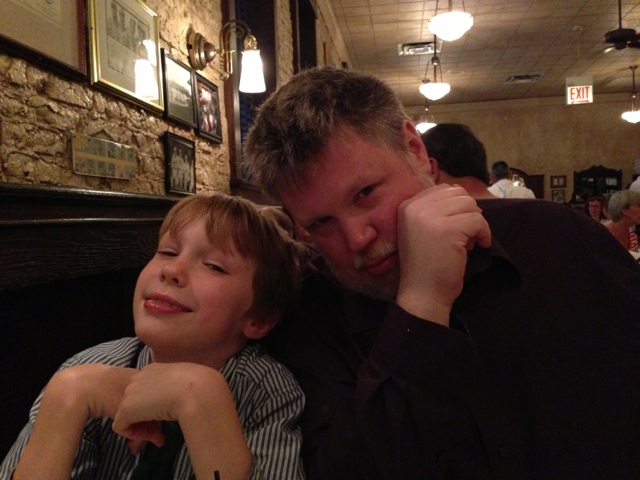 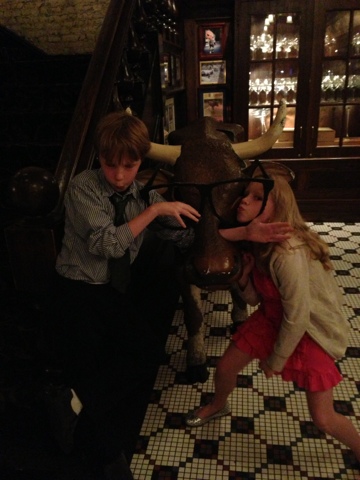