See You in Hall Eh

If you’re a true Comic-Con geek, you know Hall H is San Diego’s ground zero.  Before this year, there was no equivalent at FanExpo … this was either remedied or ruined by the addition of Room 105.  This massive space held 3000 crazed fans, and left another 3000 out in the hallway to riot for not getting in to see the back to back fandemonium that was the Walking Dead panel and Nathan Fillion one-two punch.
I’ll be honest, I’ve never seen the Walking Dead and don’t care to, but when we learned that they wouldn’t be clearing the room between the two Q&A’s, we got right in line to see the WD.  And, it was a line to behold, about 5 people wide and snaking throughout the convention center.  For the record, Penn was “The Doctor Finn” (a Doctor Who/Adventure Time mashup that won great praise from fellow nerdists), and Harper was a cute Scribblenaut with My Little Pony leanings. 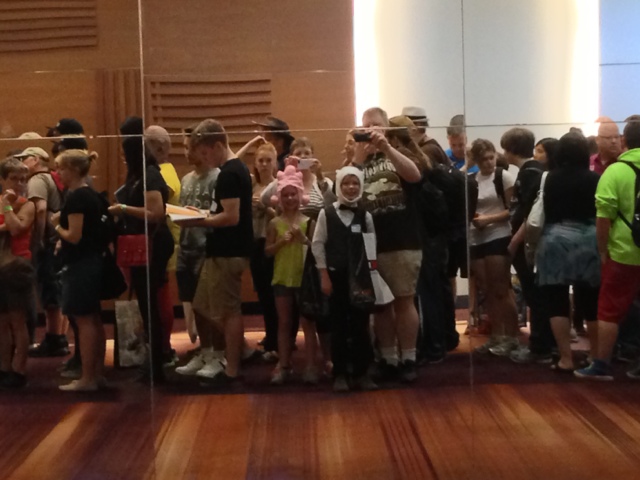 We got in the room only to experience what is already going down in FanExpo lore as the Wolverines lock down.  Why?  Well, once you had seats, you forfeited them if you left, so once you were in the room, you WERE IN THE ROOM.  In this room, to a restless group of 3000 people, an endless loop of a single HBO Canada commercial played for more than an hour leading up to the Walking Dead panel and then in the 30+ minute break leading up to Nathan Fillion.  A prominent feature of this commercial was a clip from the remake of Red Dawn in which a character shouts “Wolverines!”–that’s about 80 “Wolverines!”  Not once did this torture by video loop break us.  Bring on the Revolution, people, we’re tested and ready.
Some random Room 105 shots:
Darth Pope? 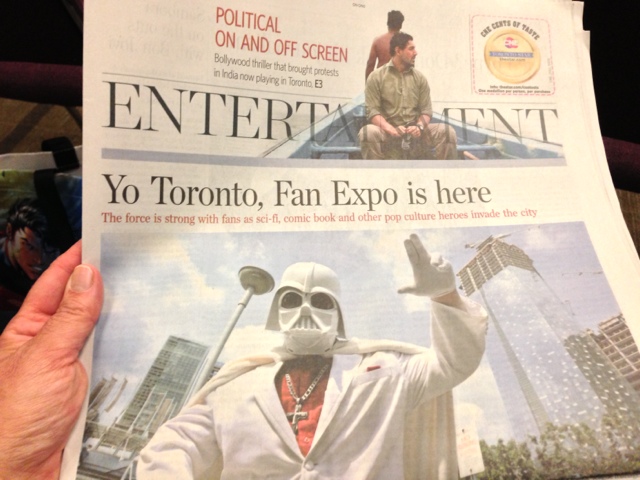 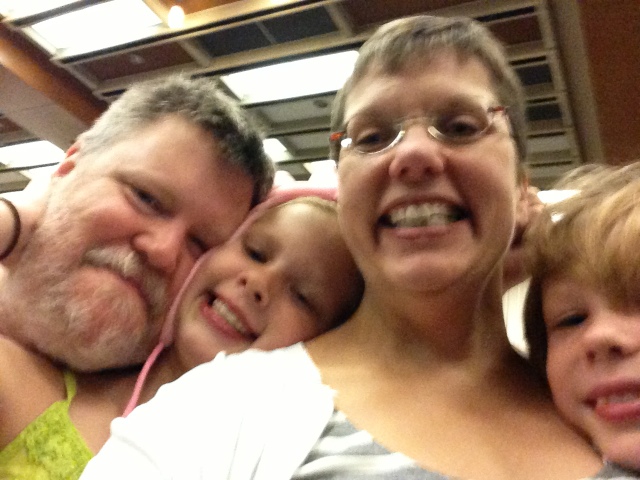 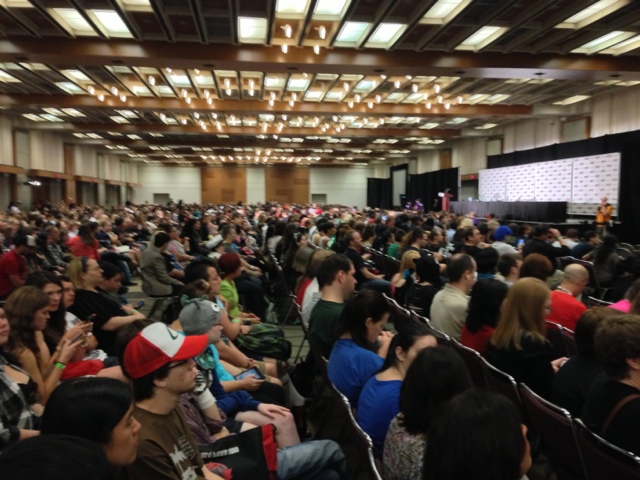 The Walking Dead panel was entertaining largely because Michael Rooker clearly did not give a flying *****.  He was apparently killed on the show last season by Zombies or something (I don’t know) and came to the Expo ready to let loose.  His remarks were funny, unscripted, and real–and the interactions across the four panelists were genuine.  Like Rooker, Laurie Holden had been killed, but unlike Rooker, it was painfully obvious she was not happy with this move.  She pulled no punches either.  I had no idea who Stephen Yeun was before that morning, but he came across as super funny and geeky in his dry commentary on almost every question.  Norman Reedus looked like he stumbled in from last night about three minutes before the panel began.  But, his comments were sly and generous.  In the end, the Hallmark moment occurred when the cast, led by Rooker, called up three little boys whose parents had clearly dressed them as three WD characters, including the alter egos of two of the panelists: Rooker and Reedus.  The actors posed for photos with the three boys, mugging joyfully.  That family’s Christmas card is officially in the bag.  In the end, a pretty enjoyable time.

Then, dozens of Wolverines later, the inimitable Nathan Fillion took the stage, working the room like a pro.  He proudly shared his fanboy cred, identifying with the audience nerds while gently chiding those who took it all a bit too seriously.  The nicest moment came when he described losing himself in sci-fi reverie on the empty Firefly set, dreaming about really being its captain.  His comments captured that daydreamy spirit of play that lives in all of us–and his joy at becoming Walter Mitty made real.  Sweetly dorky.  Fillion came across like everyone’s favorite boy-who-never-grew-up uncle who just happens to know Joss Whedon.   A Canadian native, he played up these roots in praising the Expo and its crowd–and got a welcoming and concluding standing ovation.

As these photos suggest, we had fine but not awesome seats.  After Fillion’s Q&A, we made our way out of 105, and Harper passed the time twirling in the now empty hallways while her brother and father set off for the “washrooms” (Canada talk).  Guess who they ran into in the hallway … Mr. Nathan Fillion 🙂  He greeted them warmly and definitely made Penn’s day! 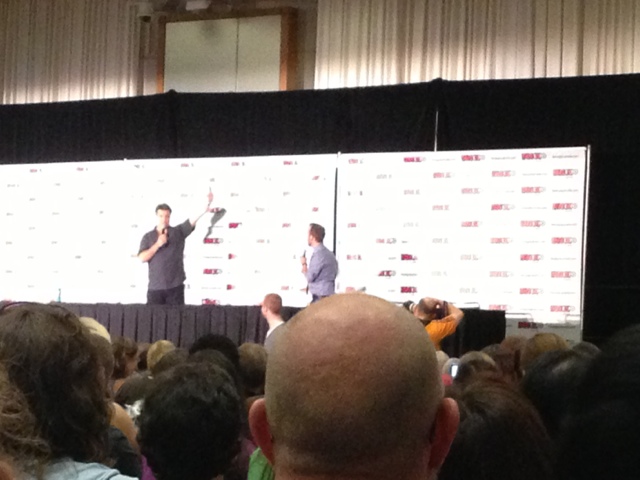 We finished off the 2013 Expo with some more shopping, some more costume watching, and one last Canadian meal before heading toward the Falls and home. 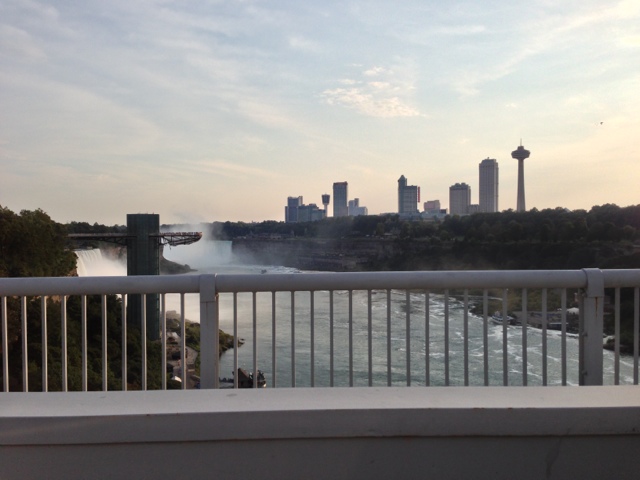 FanExpo, Year Two was just as good as Year One, if not better.  We’ll see you–and 100,000 of our closest and nerdiest friends–next August!