The PreDay of the Doctor

So, today is the day before the “official” Day of the Doctor–11/23/13, so let’s call it the PreDay of the Doctor.  For us, it’s a day that really began when I had a flight scheduled exactly opposite the sale window for San Diego Comic Con tickets.  Tickets sold out within 60 minutes.  So, no SDCC for us 😦  Since a Kress-Davis year without a Con is now unimaginable, we went back to Toronto–a much less expensive option.  So, when we got the announcement of the 50th Doctor Who Celebration in London, we thought, “What if …”.   My willingness to get up at 2:45 am to buy the tickets sealed the deal.  So, ta-dah!  Here I am in blue tights, getting my family up at the more reasonable hour of 6:30 am to start off for the ExCel Center and a full day of nonstop Doctor fangirl and boy moments. 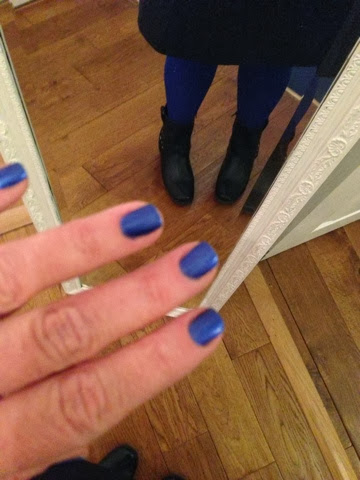 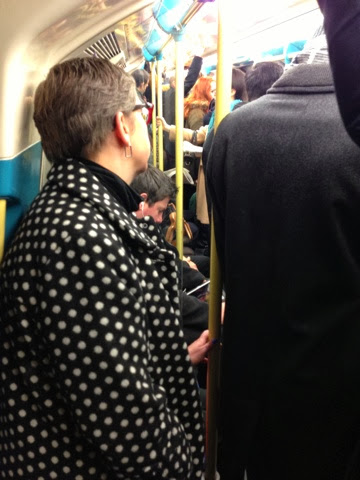 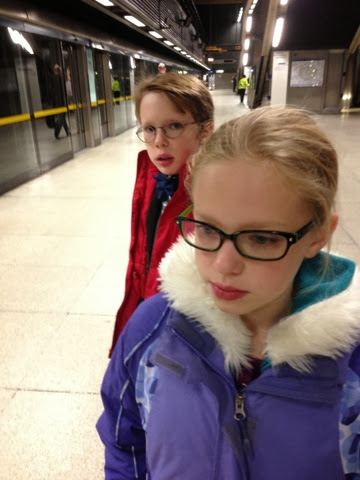 Oh, and a little mouse tried to come along with us. (Link for all the Look Around You fans out there.  In other words, us.) Finally, we were there! 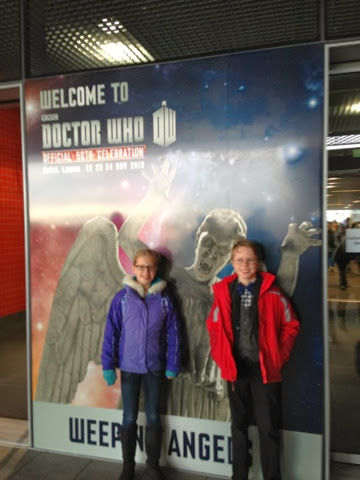 I had snagged the very limited TARDIS tickets that very early morning.  They came with a very nice lounge with snacks and coffee, free coat check, and most importantly … 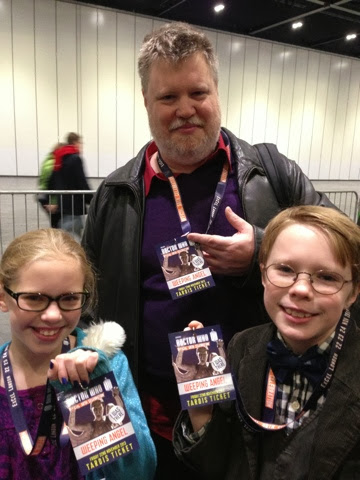 the ability to sit in the front rows of all shows rather than queuing up at the barricades with everyone else.  Sweet! 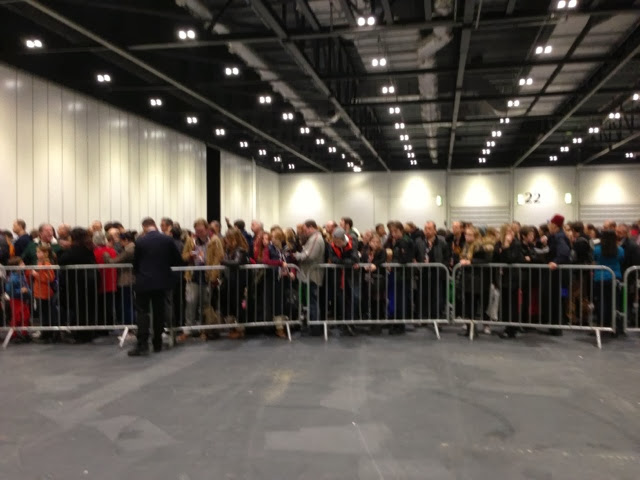 For all the panels, we had 2nd row seats.  It was unbelievably cool to be in the thick of it, especially for the 11th Doctor panel with an always-in-motion and in-emotion Matt Smith, Ned’s Who-crush the charming Jenna Louise Coleman, and the savior of the BBC Steven Moffat. 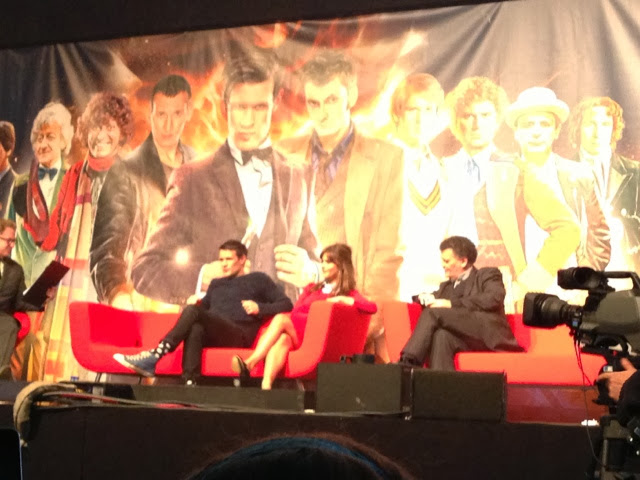 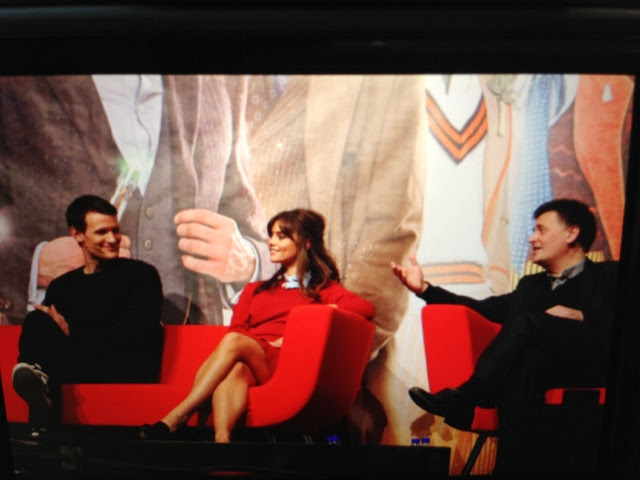 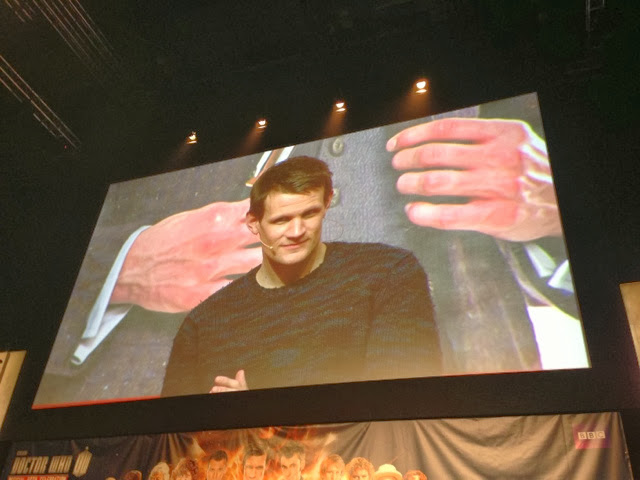 The logistics of the organizers left a lot to be desired.  They clearly hadn’t thought through a lot about moving masses of humanity from place to place, especially when they had invested in some very clever but tightly constricted passageways, like this retro TV entrance. 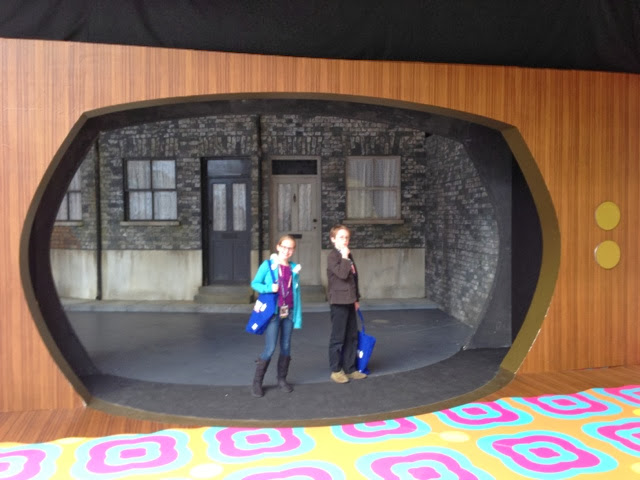 They also put tons of real show props and costumes out in the open right where all the Whovians, overwhelmed by the nearness of these precious objects, immediately began touching them.  Well seasoned Con-goers, we were far better behaved. 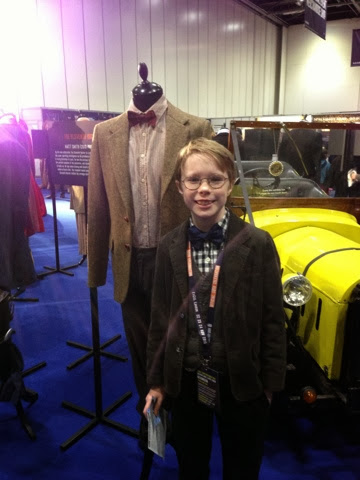 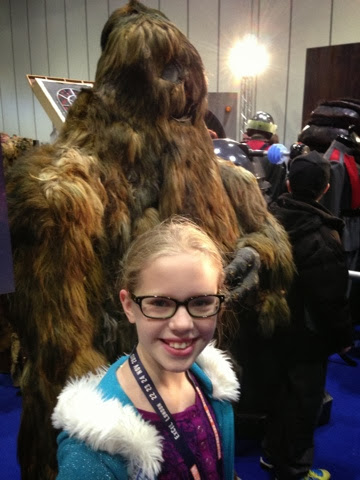 There was surprising little cosplay.  So, it was neat to run into Cybermen, Silurians and Oods in actual Who costumes.  We even saw a Silurian on the escalator 🙂 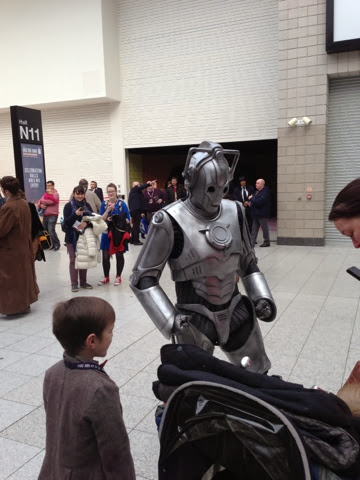 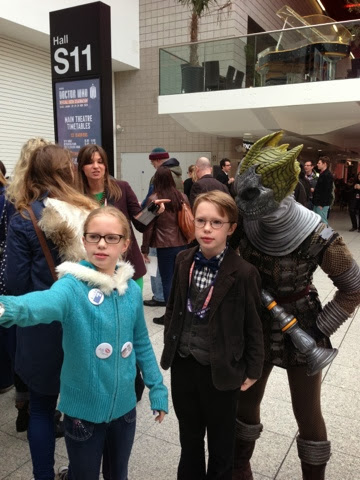 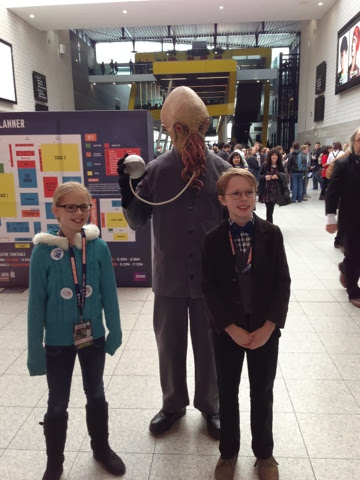 And, everywhere one looked, there was the TARDIS.  In slightly scarred prop form … 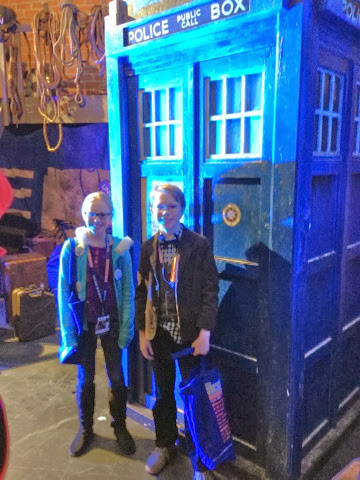 And, as the “bigger on the inside” entryway 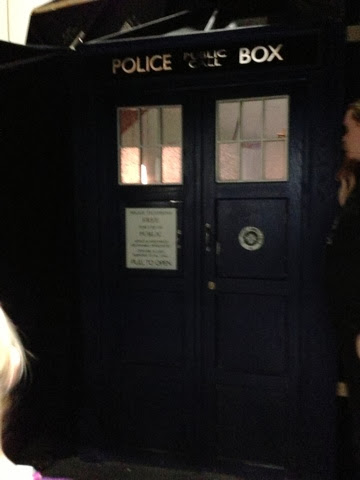 into the inside (that’s a picture of a picture, BTW, so it looks a bit odd) … 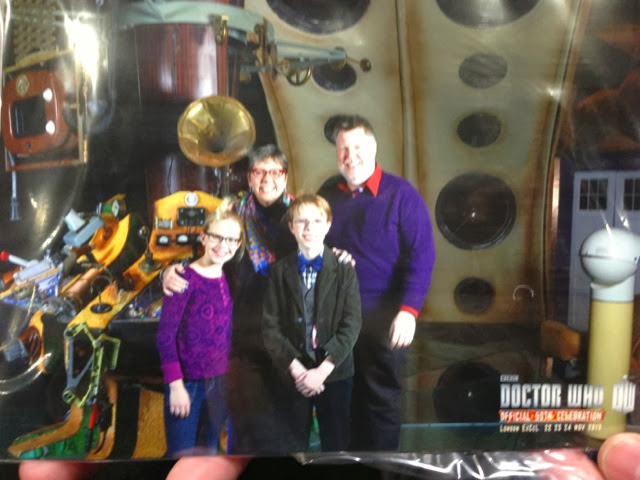 So, eventually, the only souvenir I bought was a retro plastic messenger bag 🙂 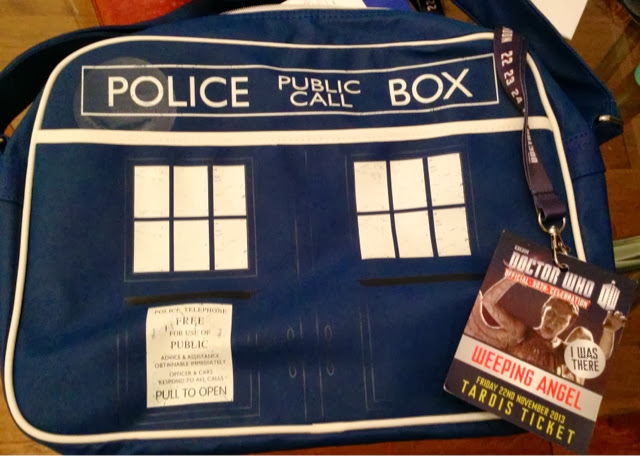 No surprise that Penn filled every one of our official 50th totebags with Doctor Who merch.  And, a short 9 and a half hours after it began, it was over.  As Penn observed with characteristic reserve, “This was the best day ever!”  Whoosh, whoosh! 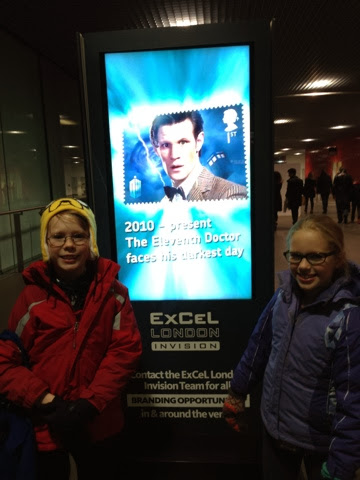