Chillin’ on the Bus

Our long day wandering through the history of the Doctor, clearly took its toll.  At 10:30 Saturday morning, the whole crew was still wrapped in duvet cocoons and still sound asleep. 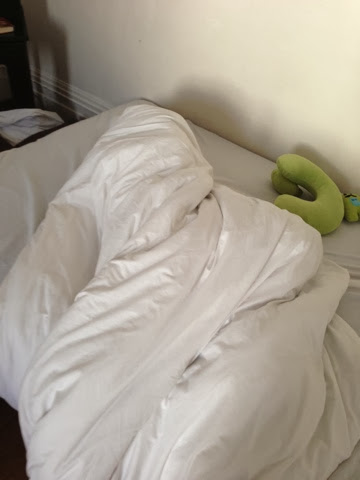 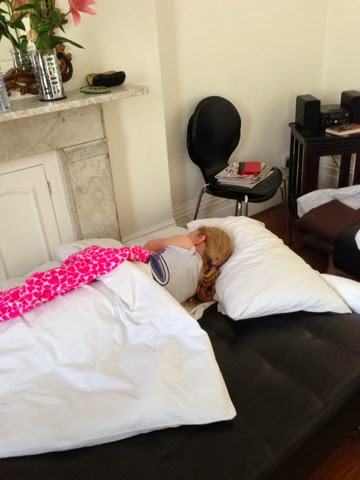 Eventually, we made our way into the Cote off Kensington High Street, where two of us could have a late breakfast and two of us a proper lunch.  Boy, we can certainly “inundate a table with crockery” as our server remarked.
We made our way from there to the tour bus office via the TARDIS near Earls Court. 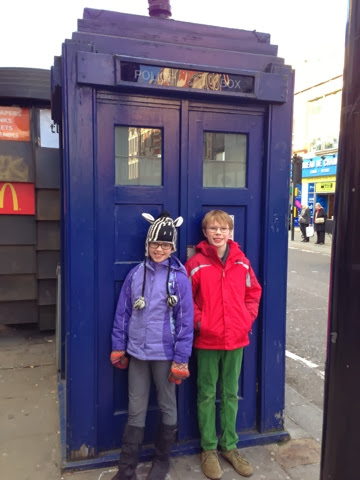 Followed by some magical Boris bikes. 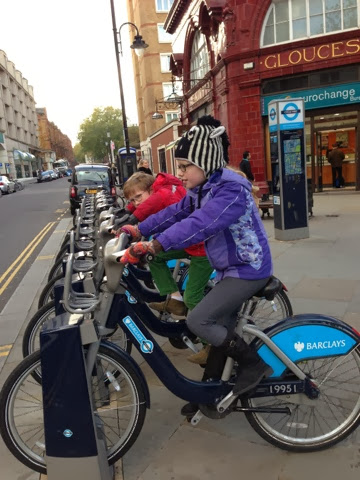 Our goal, to engage in the most touristy thing ever: the double decker bus tour of London.  Because we’re Upstaters, the fact that it was about 40 degrees out did not deter us for one moment from taking to the open, unheated top of the bus. 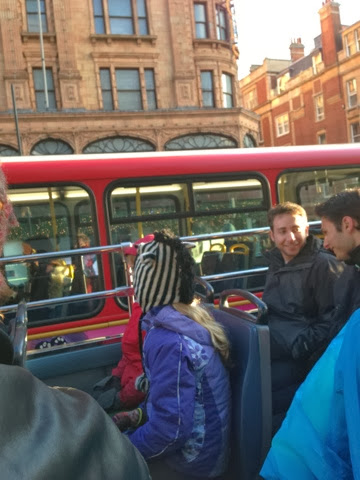 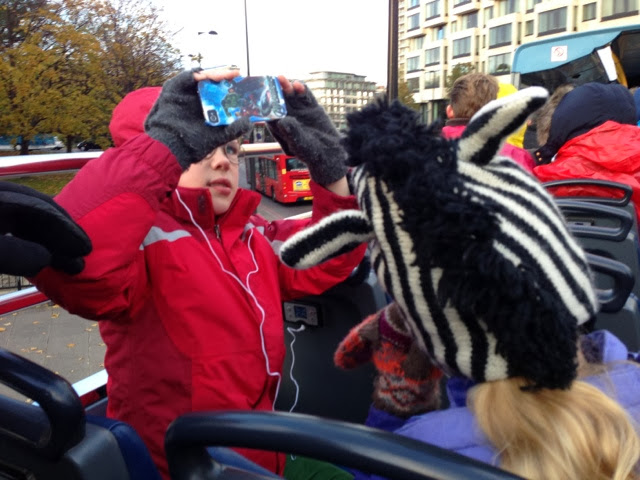 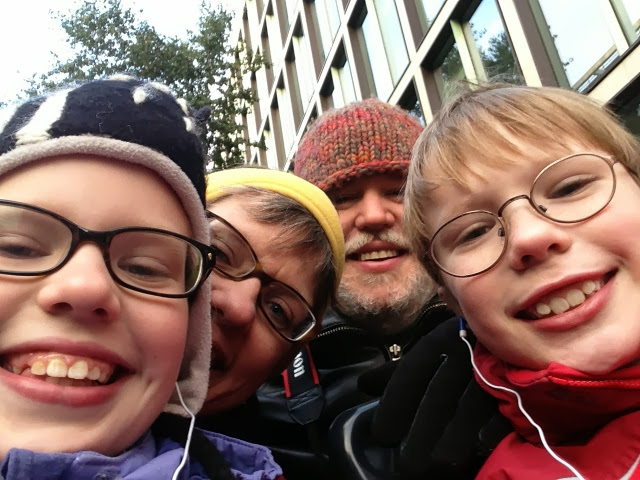 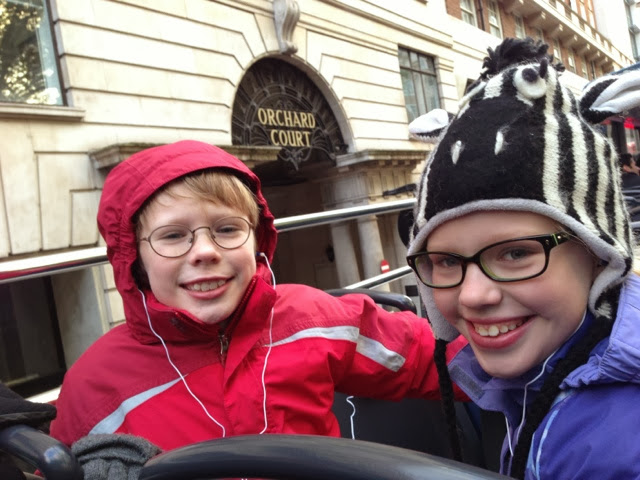 We caught all the usual sites, plus some early Christmas decorations. 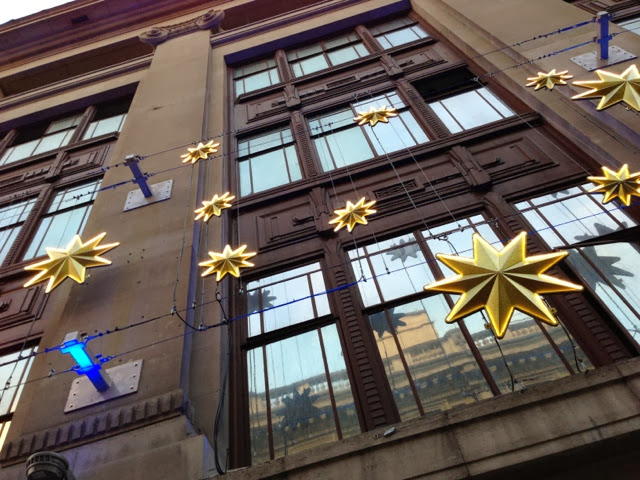 Including the world’s largest snow globe in Piccadilly Circus. 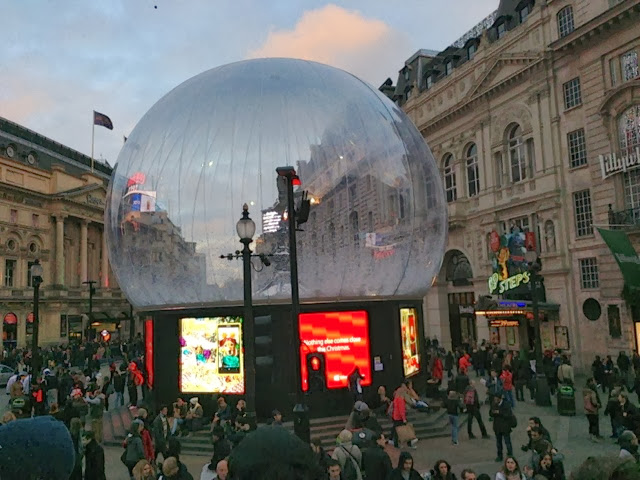 We also caught a glimpse of the infamous Blue Cock in Trafalgar Square. 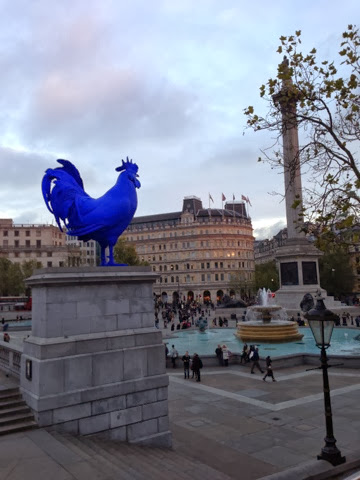 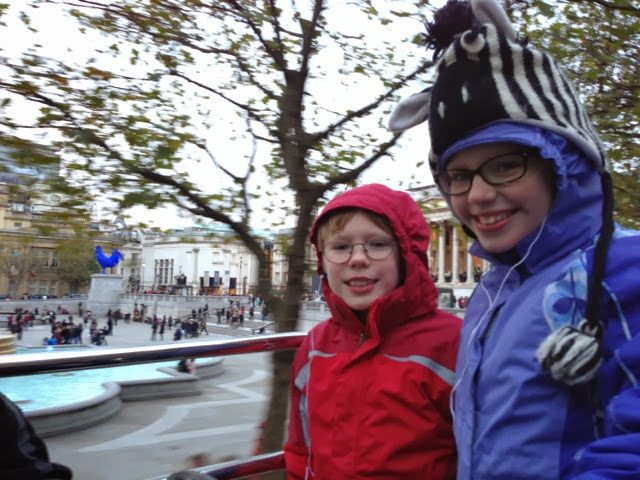 From the London Bridge, we could see the Tower Bridge as the sun started to set …

And got a lovely look at the Shard before heading onto the picturesque Tower Bridge itself.

The cold killed my iPhone battery, and I conscripted Penn’s to finish the trip.  In the growing darkness of late day, we got a good look at the slowly, slowly, slowly spinning London Eye.

And, we were captivated by these mysterious mustaches: one rainbow, one black.  Turns out they’re part of a prostate cancer awareness campaign by the Park Plaza hotel chain.  (Thank you, Internets.)

By the time we got to Big Ben, we were the only people left on the top of the bus. That earned us a lot of props from the tour guide, several “Cheers!” and “Good on you”s were tossed our way.  Despite our stoic demeanors, however, it was cold enough that I was losing some of the feeling in my fingers.  Still, even a slightly shaking photo of Big Ben at night is pretty awesome!

After the tour, happy but frozen, we ran into Victoria Station, and the 30p I spent on accessing the restrooms and the magically hot water flowing from their taps to restore my frozen fingers was the best money I’ve spent ever!

We zipped from there to Khan’s for a warming Indian dinner, grabbed snacks at Marks & Spencer, and got home in time for the Day of the Doctor.  Another perfect day! 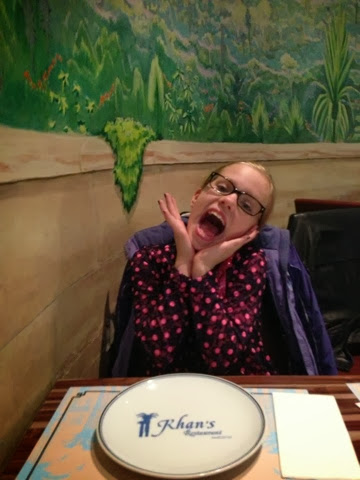