Another morning, another cocooned Penn.  The transformation into nonstop energy Penn begins with the emergence of one ever-growing foot 🙂 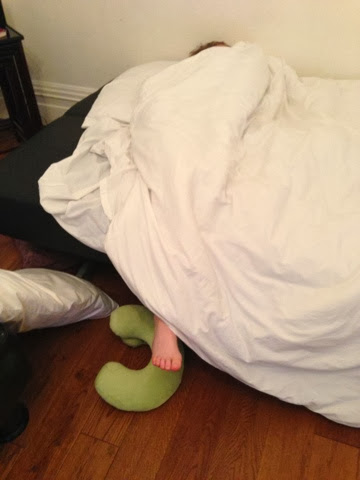 Sunday, we set off for Stonehenge.  After an extended comedy of errors in which we insisted the coach did not have the four seats we paid for and the tour operator did.  This went back and forth for a while, which is odd, since settling it via empirical evidence (counting seats) was kind of simple.  Finally, two freeloaders were forced off the bus, and we got four scattered seats for the journey to mystical Stonehenge.
But first … sheep! 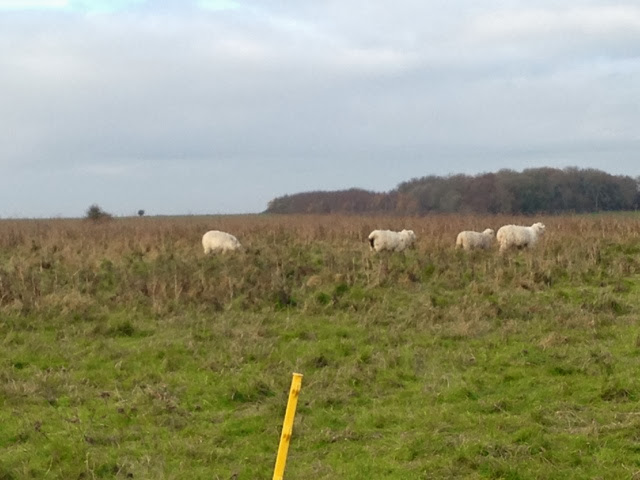 Then, the sun breaks over Stonehenge.  It’s historical, mysterious, and cool.  On the voyage there and back, I did a Mercury Prize two-play of Alt-J and James Blake–perfect Brit-y, trippy music for zipping back and forth in time. 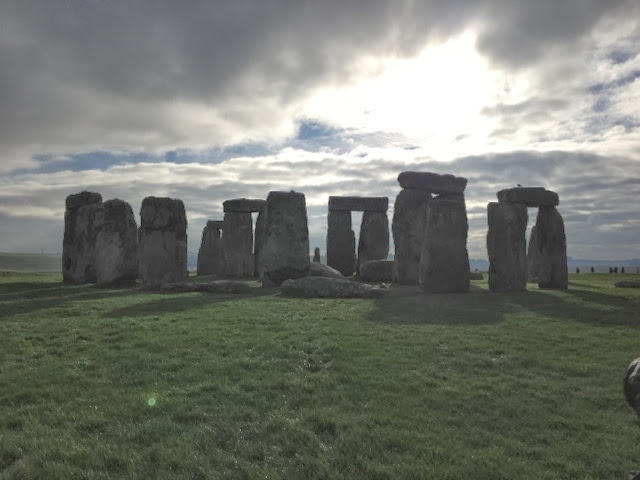 In the end, though, it’s pretty much all there is in the middle of this field (well, outside of the sheep).  So here are more pictures of these ancient rocks.  This one was taken by a lovely Italian tourist: 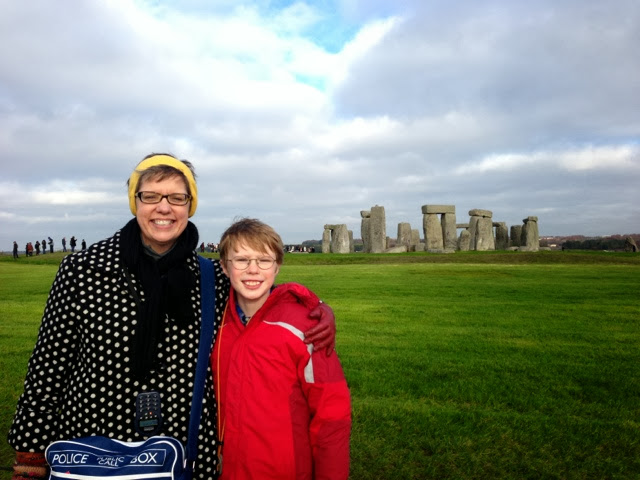 These two by me of two lovely American tourists: 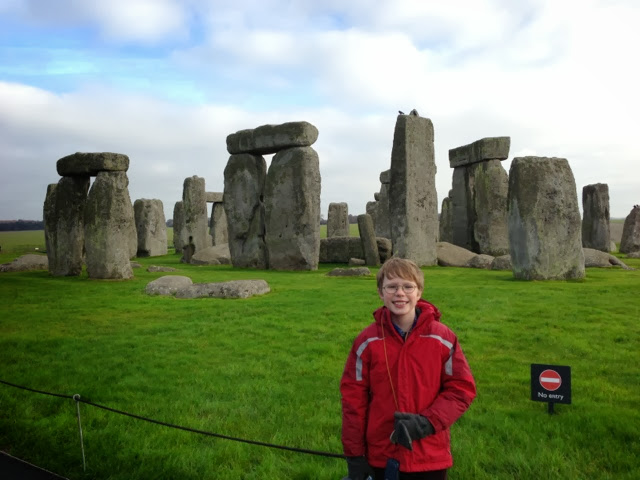 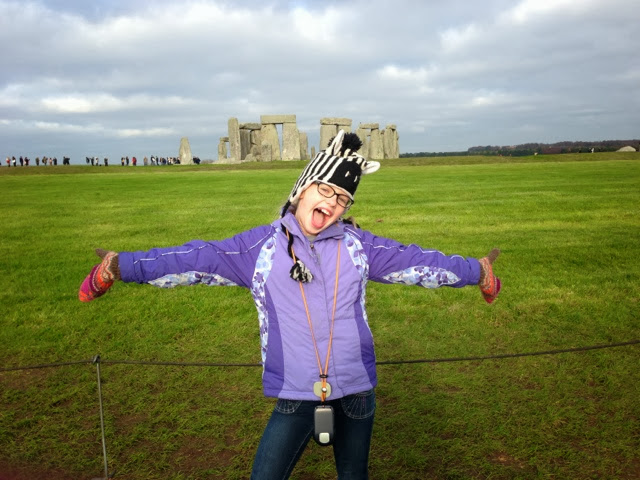 Of course, as Ned noted, we’re Americans and have little respect for anything, we made a short mockumentary history of the Druids, identifying three types of these mystical figures:
And, we found the Ur-Grumpy Cat in a Henge-stone. 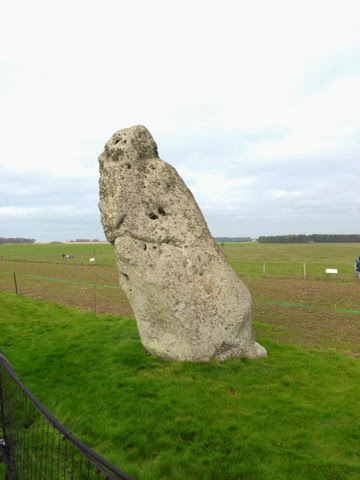 One of the many things I love about my children is their complete confidence in and command of any space they inhabit.  Witness their takeover of the London Tube, which they’ve decided is like the Subway but “cuter.” 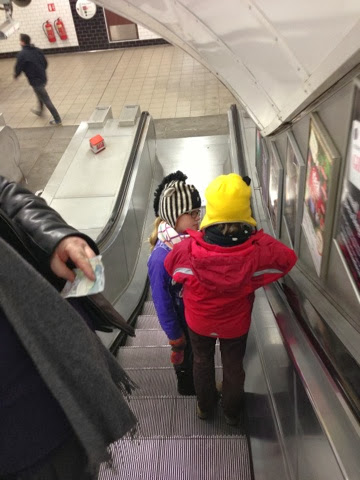 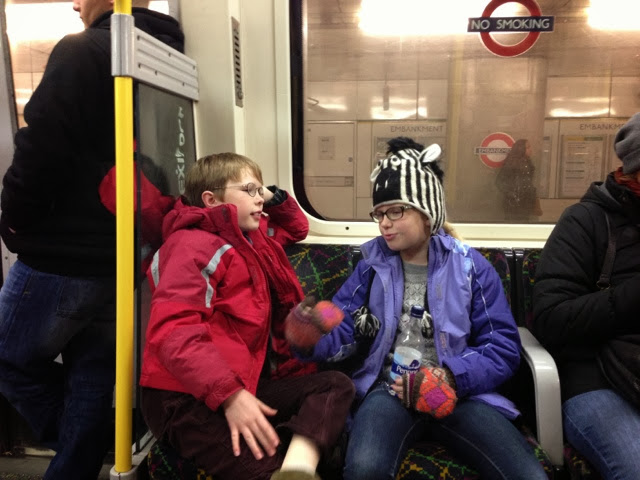 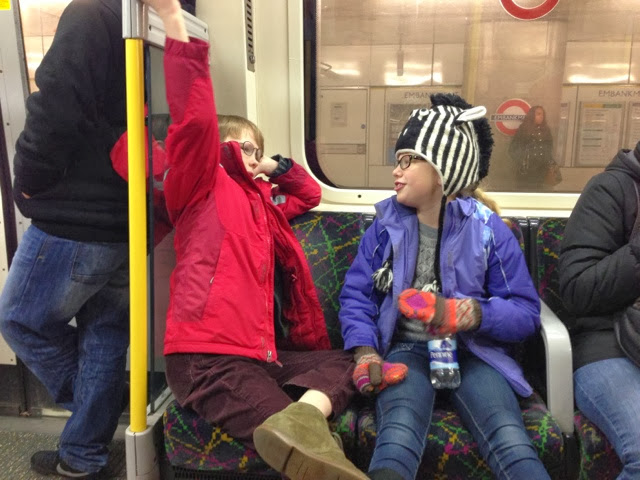 That trip was taking us to the Old Spitalfields Market.  It’s filled with clearly posted “No Photographs” signs, so I didn’t take any.  It’s a great market: huge, filled with every kind of hip, retro, mod bit of trash and treasure one could want.  Plus, stalls and stalls of the foods of the world.  Harper bought fingers-full of rings, Ned got some books, and we wandered ourselves silly.

From there, we set off for Hyde Park’s Winter Wonderland.  It reminded me a lot of the crowded, loud and blinking insanity of Oktoberfest, which made sense as it turns out most of it comes straight from Germany.  It was hella-cold by this point, so from a distance, the lights of the carnival looked frozen. 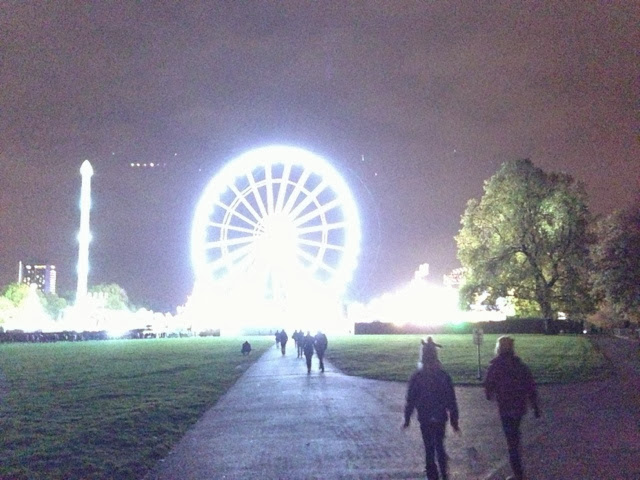 Up closer, it came more in focus. 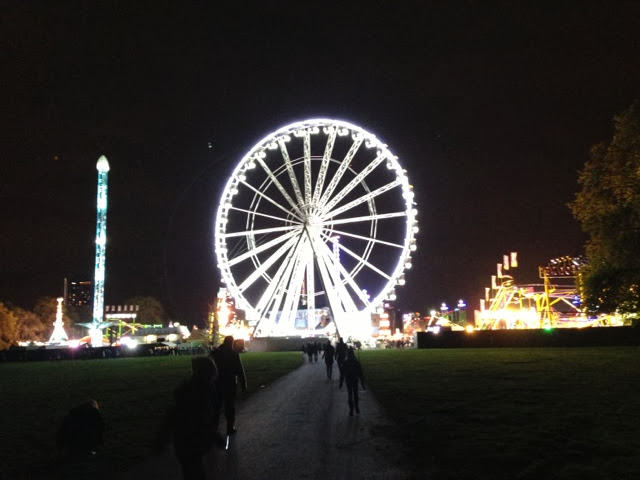 Rather than a wonderland, it was more a bright, crazy large Christmas-themed midway full of over-the-top attractions like a pyramid dice game in a hut topped with a rotating Nativity scene next to a haunted mansion stalked by a guy in a Leatherface mask next to a cover band playing “Get Lucky” next to a booth selling “XL sausages.”  You get the idea.  In other words, the kids loved it.  One of the attractions was a frozen Teutonic gremlin land of horror–complete with an ice slide that literally led from an ice castle with a jail, a stocks and an executioner.  You know, holiday fun!

So, we saw some ice pigs: 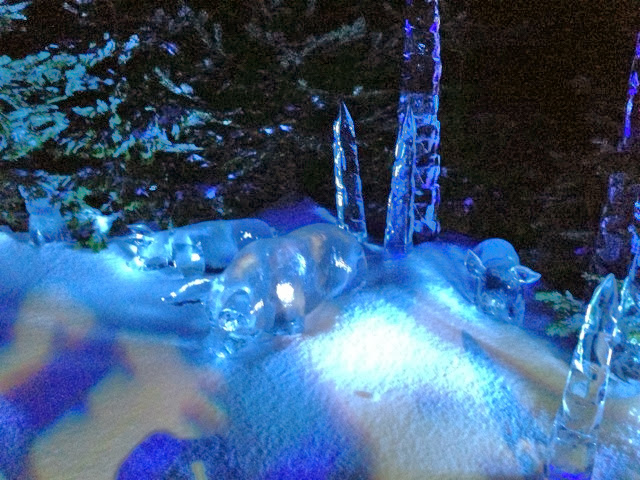 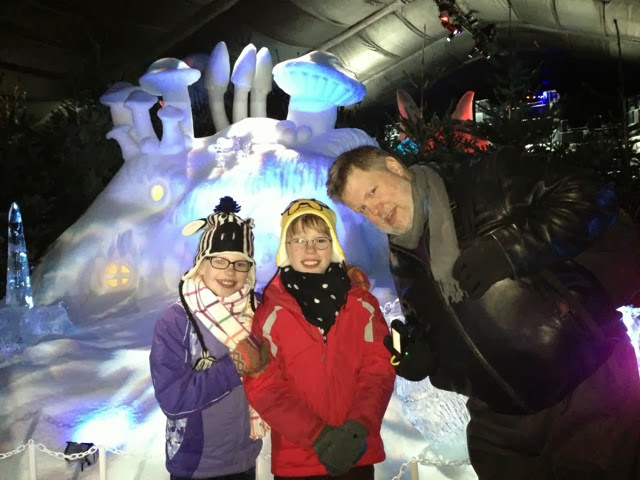 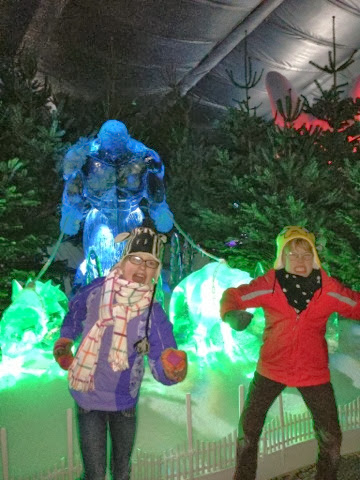 And the ice castle with the ice jail in the back. 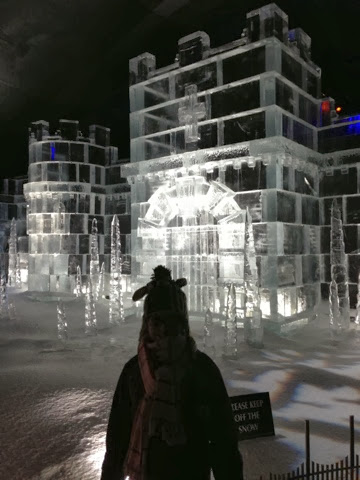 It was so cold in there that it actually seemed warm outside–because it was a balmy 40.  I’ll add one testimonial: Target’s fleece-lined leggings are the real deal; they kept my legs warm all day, even in the ice terror-zone!
By the time we got back to the flat, Ned and I had each walked about 21,000 steps–quite the day!