We had only two goals today, both involving the Tower of London: (1) see the Crown Jewels; (2) ice skate at the Tower.  So, we were a bit leisurely in our path there.
On our way to the Tube, we found that it was five pound Monday at My Old Dutch Pancake House.  Whoop!  Pancakes as big as manhole covers, on sale … you had us at pancakes. 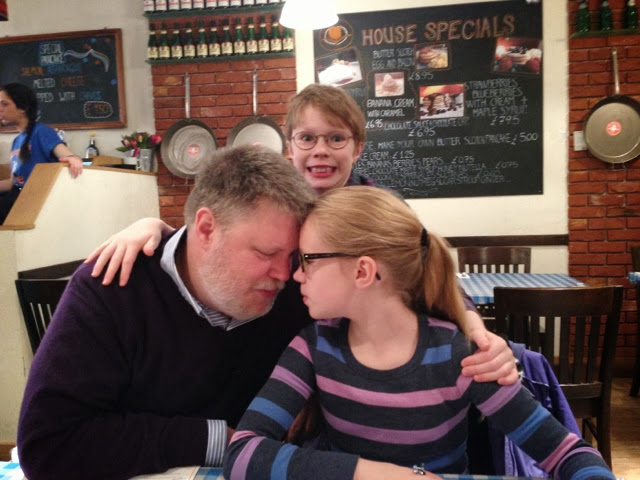 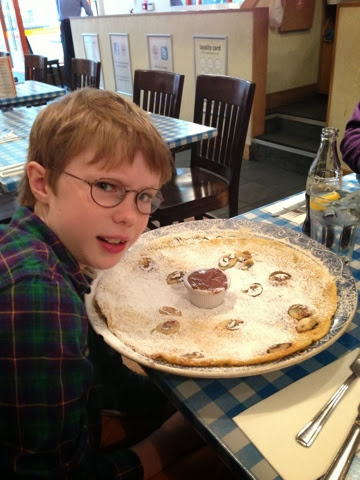 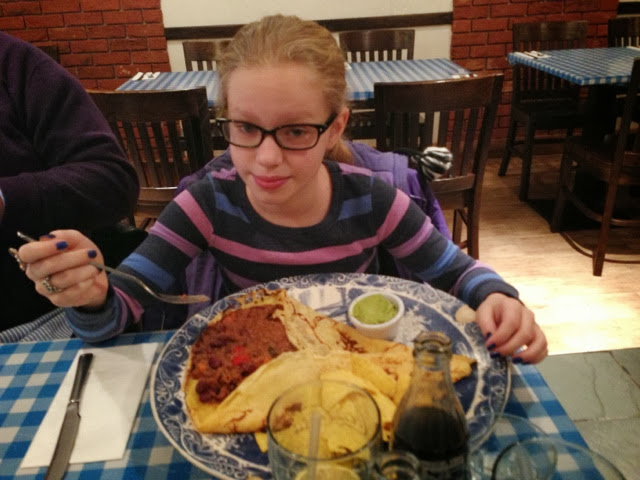 After a failed attempt to book a “Ghost Bus” tour for the night (a possible 3rd goal), we decided to hop into a British cab driven by a cabbie on the job since 1968!  In addition to having “the Knowledge,” he was also a licensed tour guide so we had him drive us around a bit on the way to the Tower. 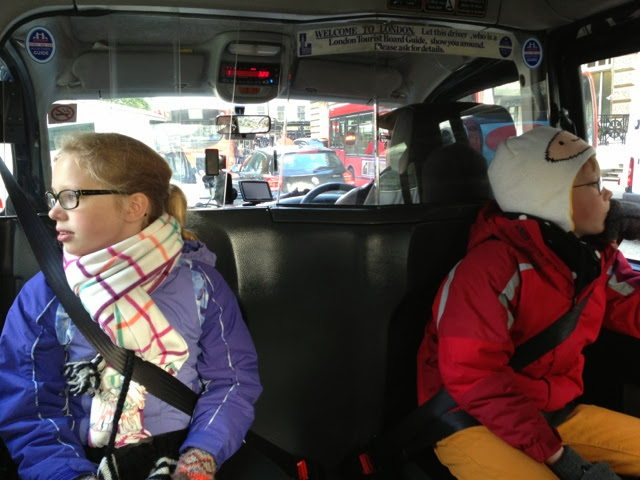 We zipped around Buckingham Palace. 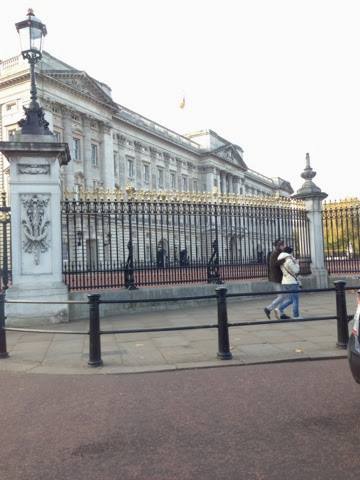 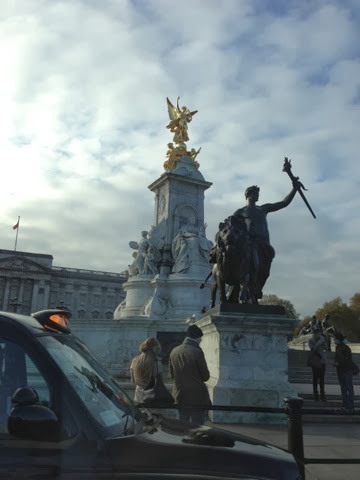 And Mr. Nathanson (our cabbie) took us to a “secret” side entrance, where–as an RAF veteran–he talked the guards into taking a quick photo rather than shooing us away by marching back and forth. 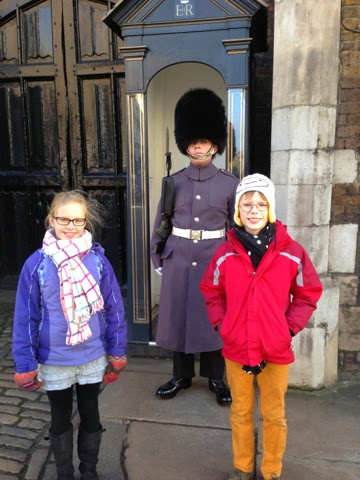 He took us past the Horse Guards Parade, oddly also the former site of the Olympics volleyball games, 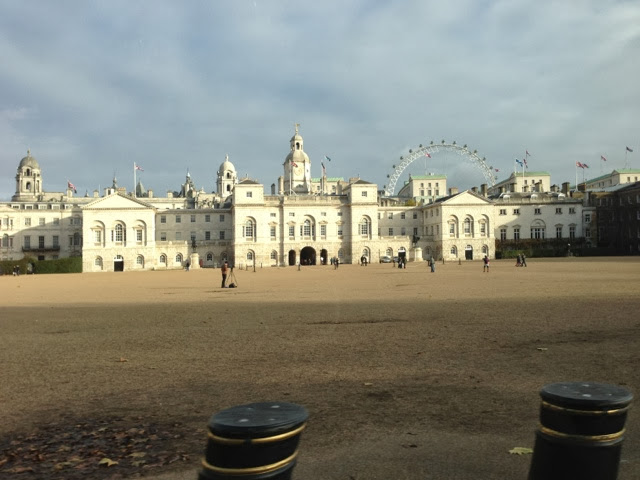 and then, zipped past Westminster Abbey. 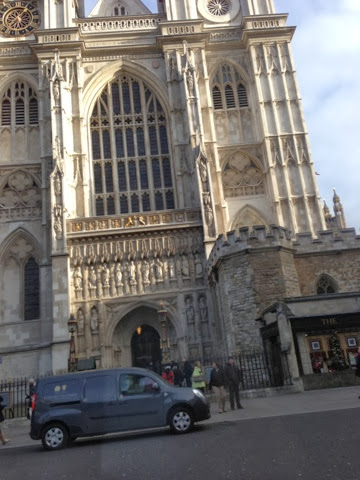 Eventually, he dropped us right near the Tower of London. 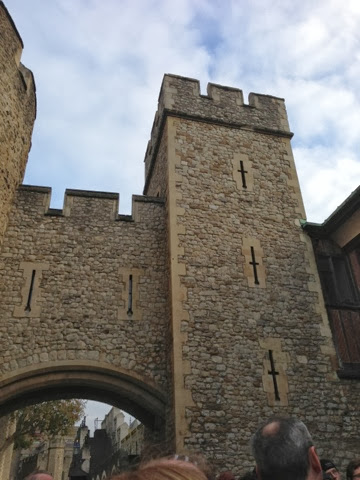 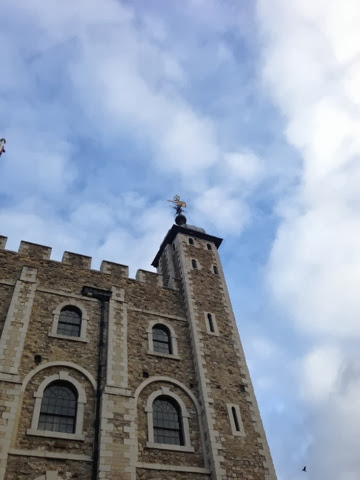 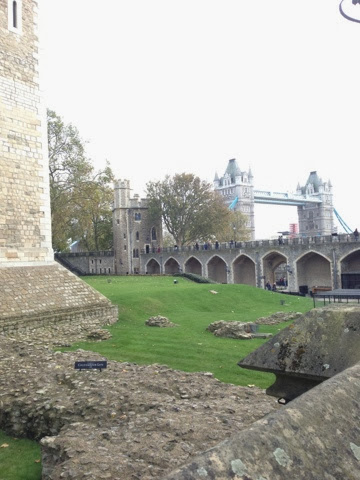 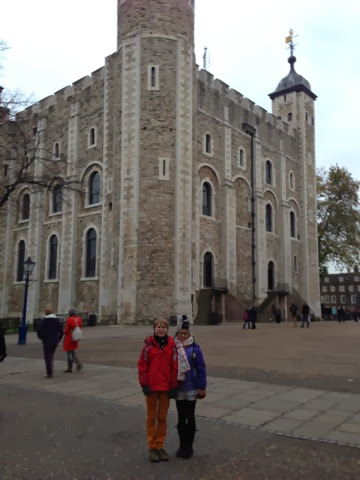 We arrived in time to grab a Beefeater Tour, and the Yeoman Warder took a shine to Harper, chiefly because of her willingness to answer any question with incredible confidence and almost no chance of getting it right.  When he asked her the last one, she looked him straight in the eye and said, “Seriously, I mean, how would I know?”  Got a pretty good laugh … even in a chapel 🙂 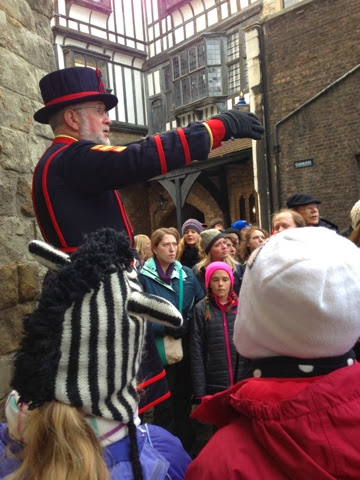 (Notice the shade the other little girl is throwing on my daughter–too funny!) 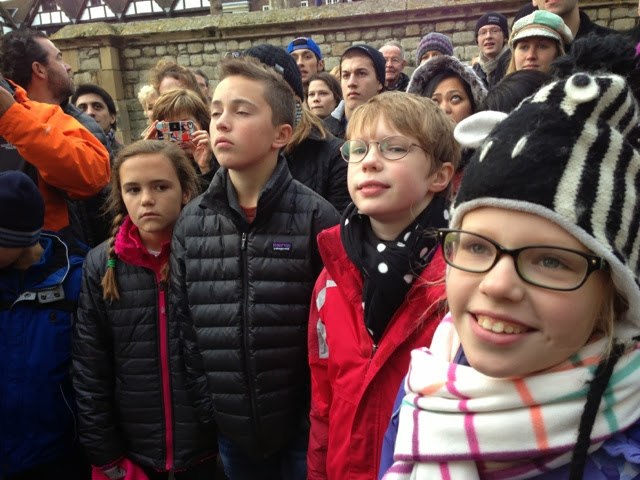 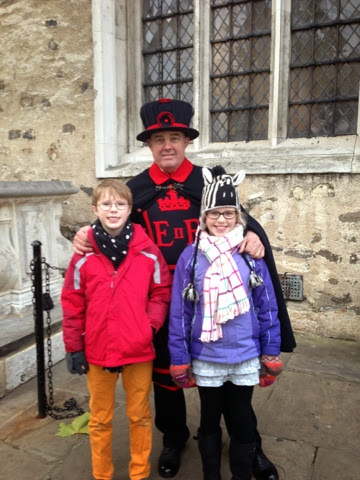 There’s no photography allowed in the Crown Jewels rooms, which is a shame because they define both the beauty and absurdity of conspicuous consumption.  Seeing them was number one on Harper’s wishlist, and they far surpassed her expectations.  She literally thought she’d see “a crown,” not rooms of jewel encrusted everything and gold service.

On our tour bus earlier in the week, we caught sight of people skating in the grass moat of the Tower of London.  How cool is that?  Very cool 🙂 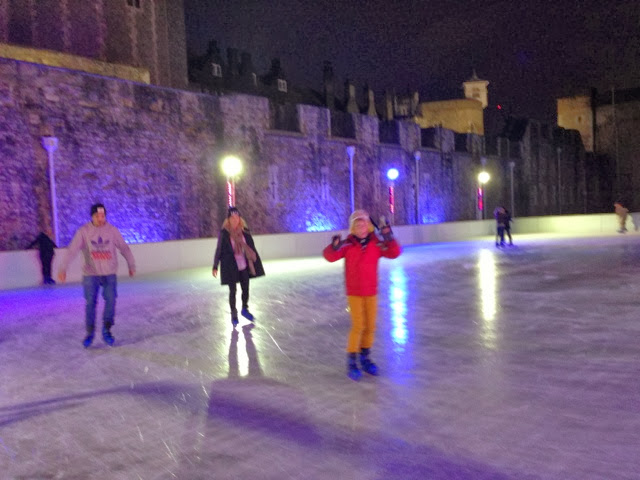 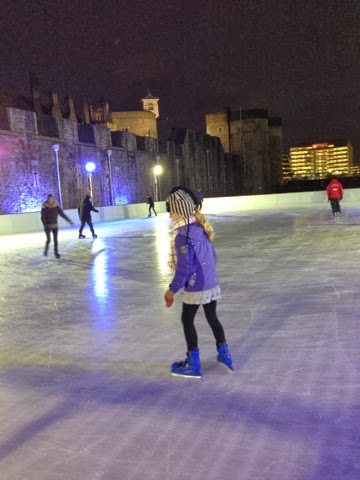 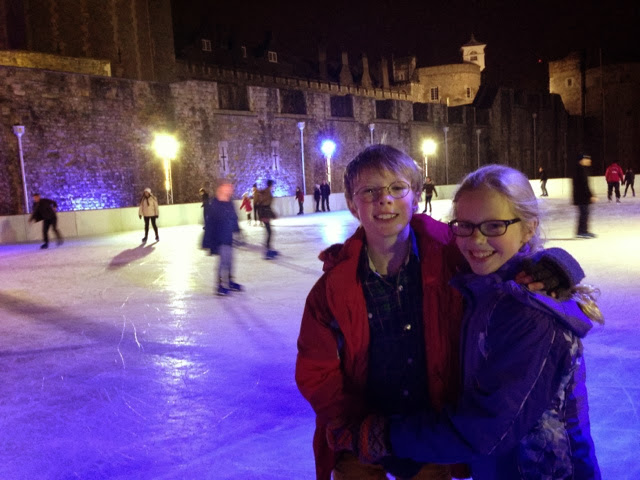 While the kids skated, we ate roast chicken and cheese & onion crisps and a cup of tomato soup … and sat down!  That is now officially the grown up version of skating in the shadow of the Tower of London, sitting below the heater and eating crisps and soup.  Yep, we’re old 🙂
After skating at full speed in the cold for about an hour and a half, the kids were starving.  We thought about heading back to the neighborhood for dinner, when Ned saw a sign and asked, “What is Wagamama?”  Turns out the answer is delicious, awesome, and noodly!  Yum!!  We ate like kings and queens (with their heads) with a view of the Tower and the Tower Bridge just out the window, complete with free WiFi and crayons 🙂 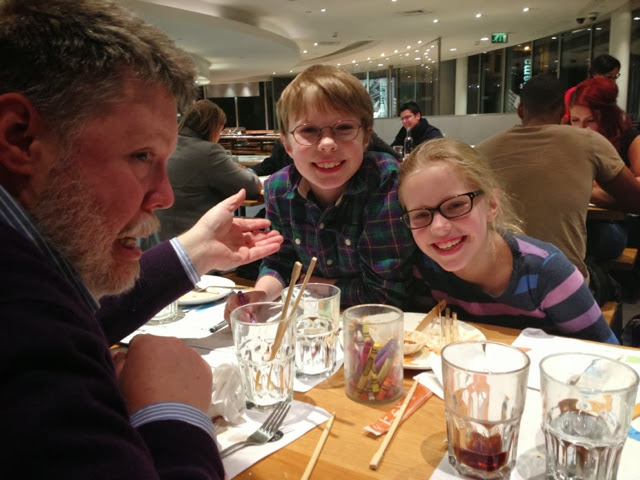 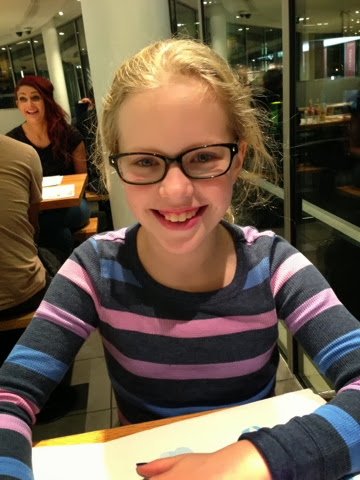 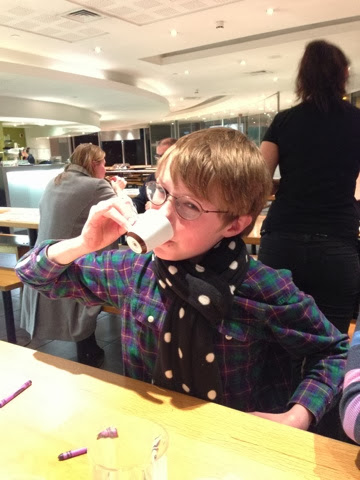 On the walk home, we picked up some minicupcakes in the High Street Kensington Tube arcade, stopped in M&S for tights and boots, grabbed tomorrow’s breakfast at Whole Foods, and were done for the night. 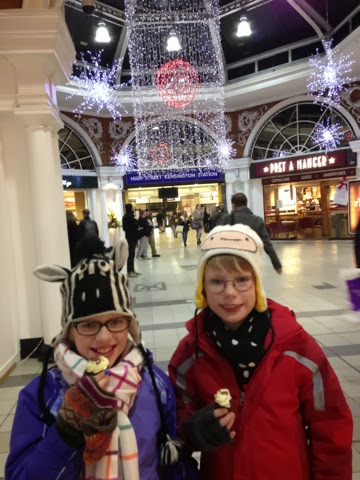