Sunday morning, and Harper (aka Lumpy Space Nesmith) and Penn (aka the 11th Doctor) made their way to the Convention Center for the last time. 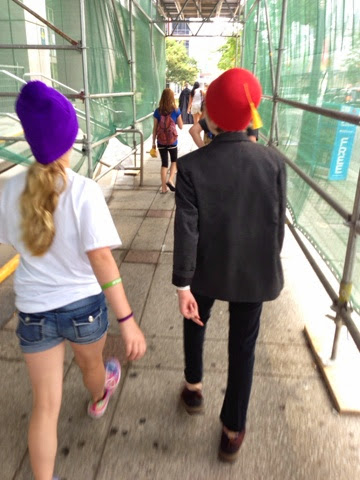 He even charmed Stormtroopers. 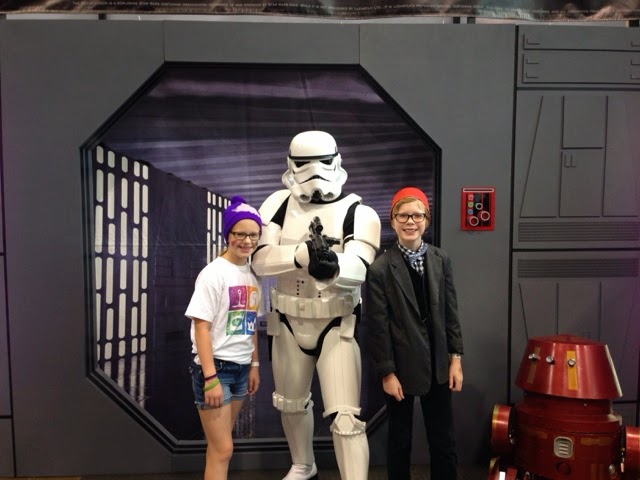 We had basically bypassed the North Building each day, using it just for panels or to cross over to the South.  So, on our last day, we spent a bit of time there.  First, reconnecting with the always amazing and generous Doctor Who Society of Canada.  They are great people who always bring it for FE!  As this collection of homemade Daleks shows. 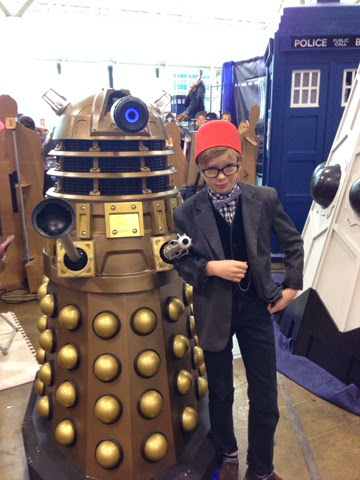 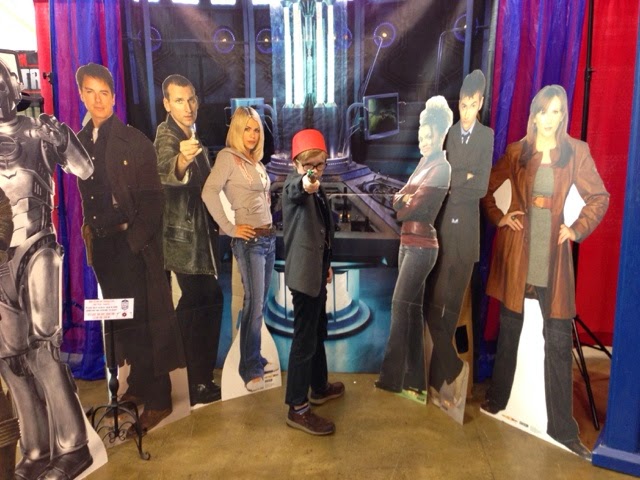 This year, they were collecting funds for the Sick Kids Foundation, a Canadian charity.  Donors could take unlimited photos with the Daleks and record their Dalek voice.  Penn couldn’t resist:

We then split because Harper realized that an enormous Intel installation devoted to competitive gaming and other tech filled up much of the North Building.  Penn and Ned took off in search of last day bargains and Harper and I explored the Intel pavilion.  The majority of this space was devoted to a huge extreme gaming stadium. It was amazing to watch a full audience watch two guys play video games, complete with play by play announcing and commentary.  The entire building filled with cheers from the arena throughout the day, and these world champion players (who were completely unknown to us) had fan clubs.  It was like stumbling into a parallel universe, which–given we were at Fan Expo–is really saying something. 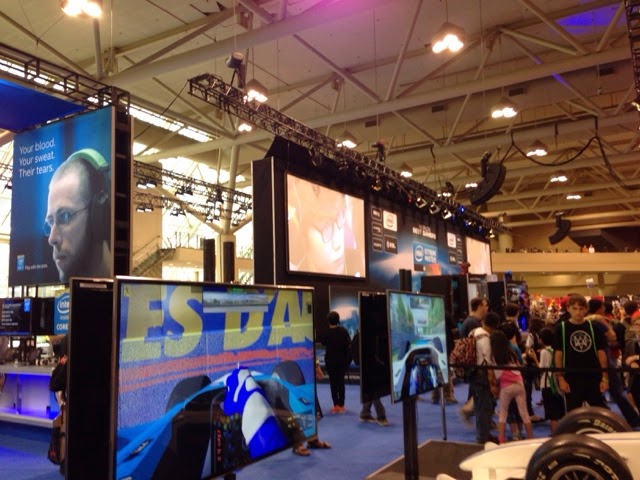 Harper loves driving games.  She feels the need for speed, I guess.  She met her match at the Intel playground–a video game embedded in a racing car body.  She was so small compared to the car that she needed to borrow my bag to boost her up.  But, she buckled down and ran her laps! 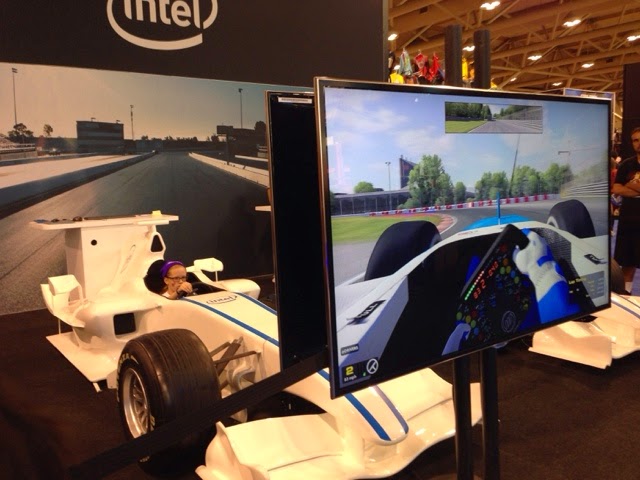 From there, she found another driving simulation, where she waited out her time before she could try on the Oculus Rift googles. 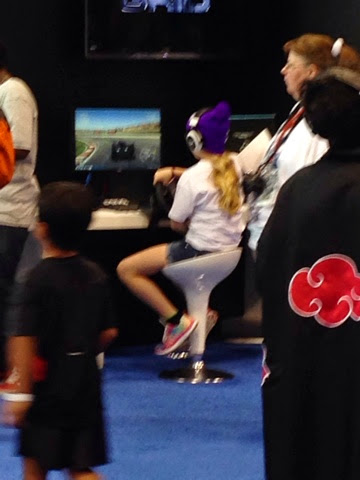 If she could have, Harper would have stayed there for hours.  It was hilarious and scary to see her fall so quickly into another universe, looking up and down and all around inside a world invisible to the rest of us.  At a couple points, the attendant put her hand on Harper’s shoulders so she wouldn’t fall out of the chair as she twisted and turned to see everything.  She was truly exhilarated after Rifting: bouncing up and down, filled with details about the world she had visited.  Readers, the future is here — and it’s addictive! 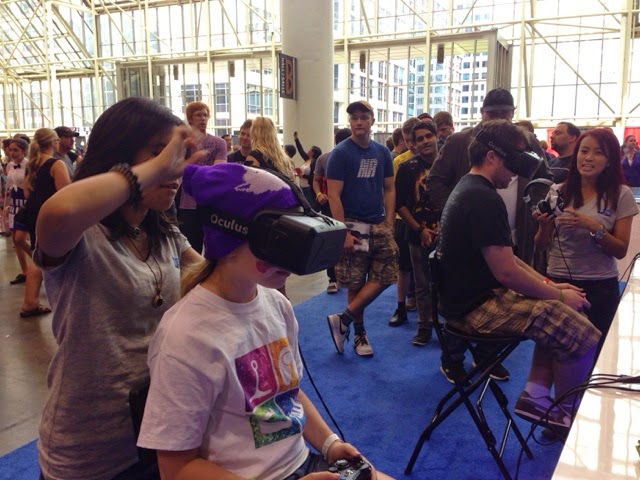 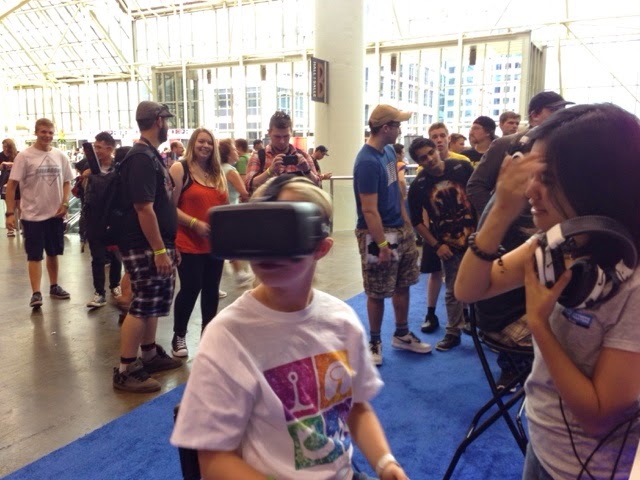 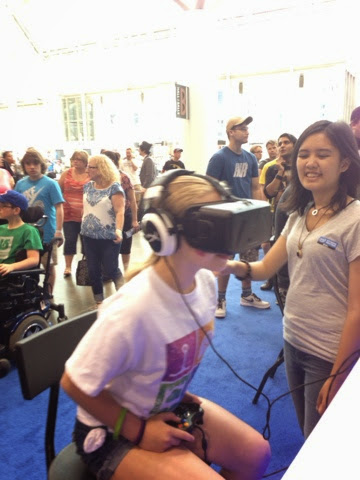 We caught up with Ned and Penn for one last tour through the main floor.  Penn was exultant in his bargaining–getting a San Diego Comic Con exclusive Dead Pool Mr. Potato Head for $20 less than it was listed on Day One and scoring some open box Dead Pool dogs.  Sunday at Fan Expo is for the brave of underbidding, which is a talent my son has learned early.

Harper was in search of some new Tokidoki issues at decent prices, which gave us a chance to grab some photos along our way.  Some revolutionary … 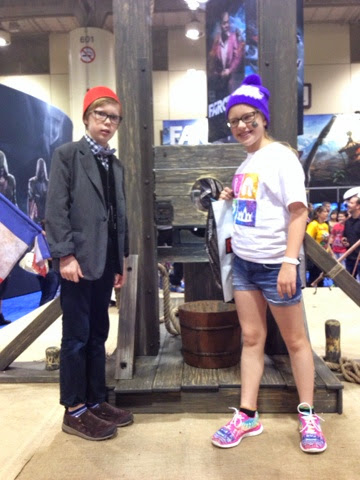 Some fairy taley–like these stars of the upcoming Boxtrolls movie. 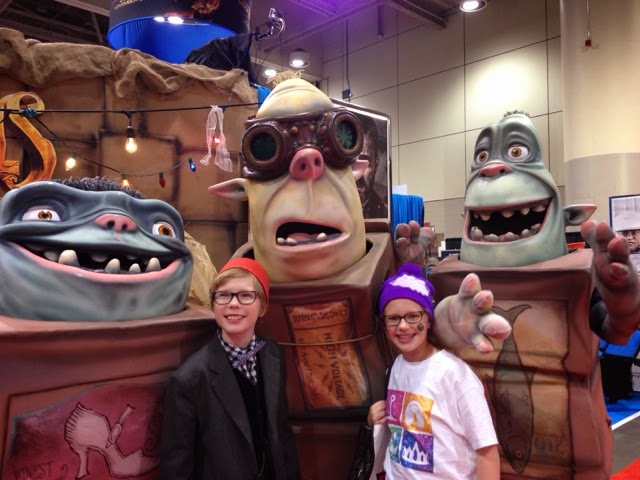 And one Little Pony! 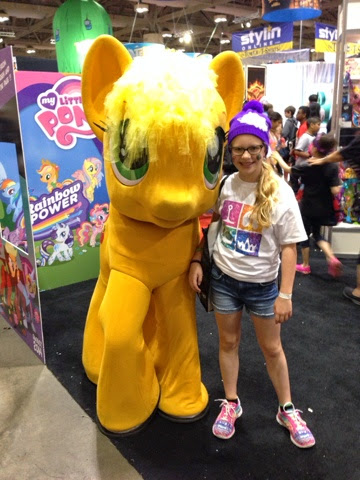 Oh, and then Penn killed Harper and ate her–hat and all.  (Note her dead eyes! Very cool.) 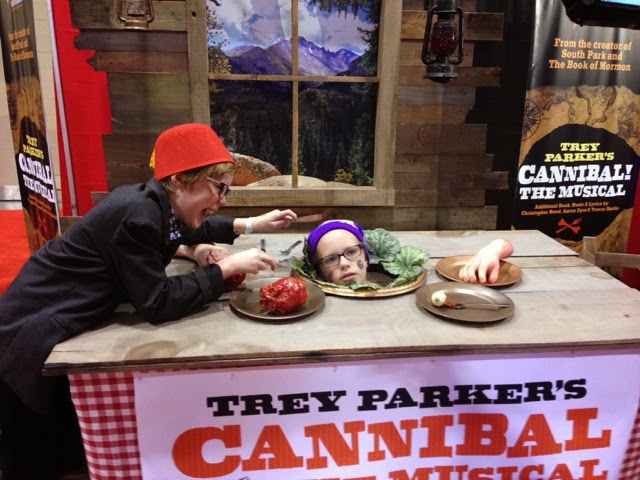 We grabbed one last Deadpool photo … 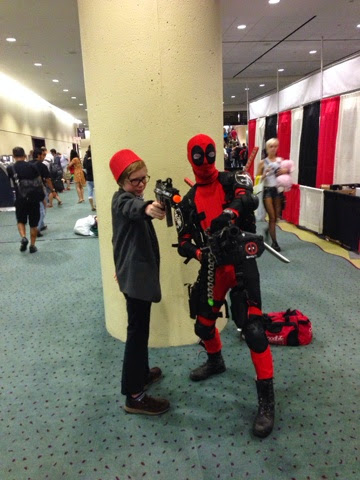 and ran into Wolf Cop, whose badge, by the way, identified him as a sheriff, not a cop.  However, I was not inclined to correct him. 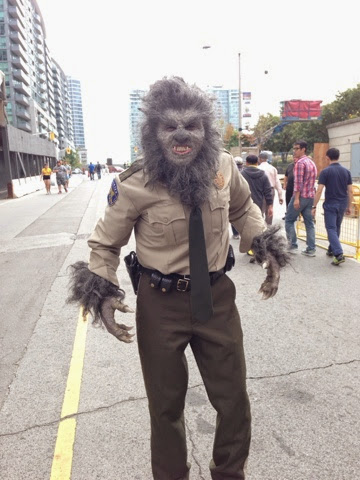 Then, we were done.  We wandered toward our hotel and found another nice restaurant: Cora’s.  It was all day brunch on Sunday, so we filled ourselves with crepes, pancakes, eggs, potatoes, and a mac and cheese sandwich because Canada. 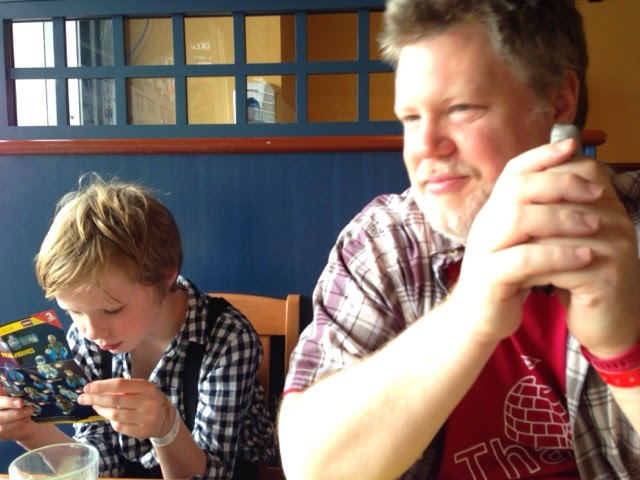 One last moment cooling our heels in the mod Hyatt, which was rapidly filling with film folks in town for TIFF.  As you can see, our two make themselves at home wherever they are.  If we were still there, they’d have attached themselves as associate producers on at least six movies by now 🙂 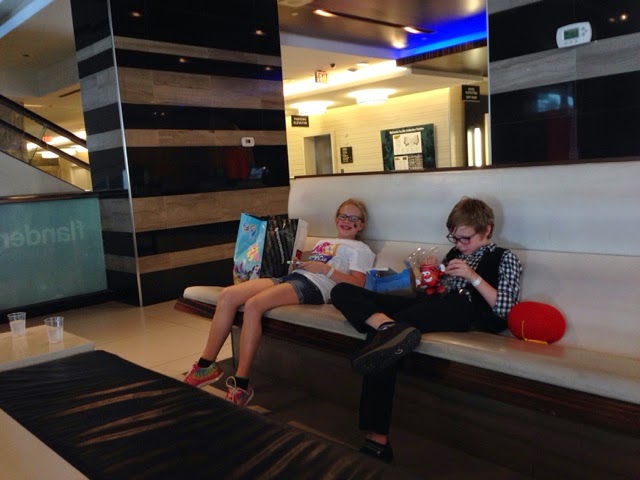