Sleeping in our room–which overlooked a darkened, super silent, domed baseball stadium–gave us an idea of what it would feel like to sleep in a bunker far below the earth.  So, when we emerged drunk with sleep into the sleety, grey-bright of day to discover this massive sculpture far above our heads, we were ready to slip-slide down the hill from Rogers Centre to breakfast at Cora’s–the only place anyone in Toronto should ever think about breakfasting! 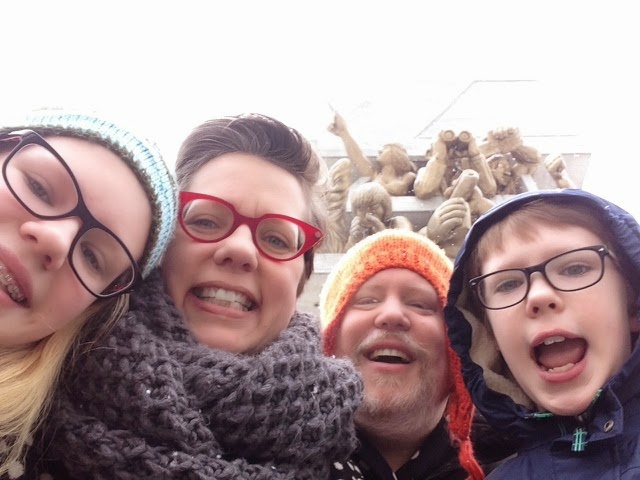 Cora’s is a Canadian, breakfast/brunch only restaurant we discovered on one of our FanExpo sojourns. The Toronto Cora’s is smallish and always draws a queue. 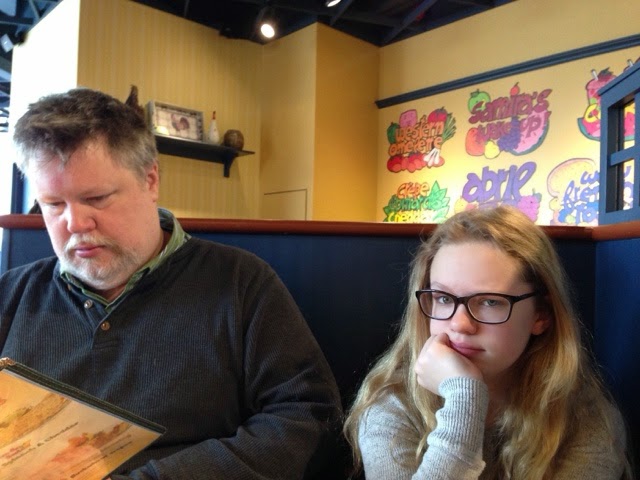 In nicer weather, these windows–which are actually garage doors–open to the street. 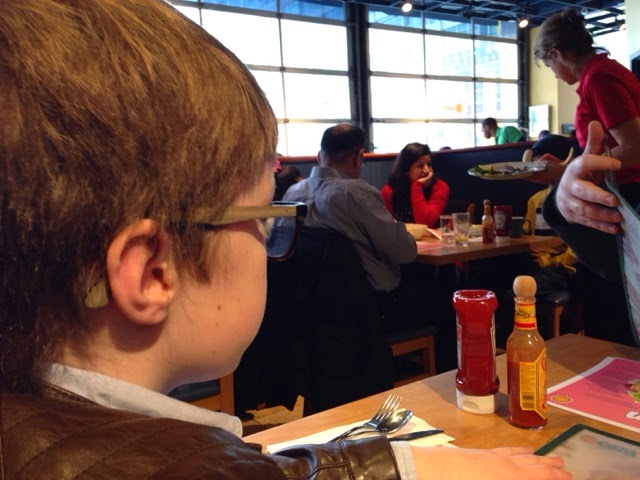 I was dreaming of nicer weather … 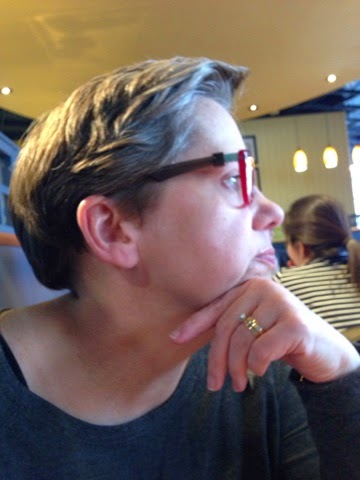 but settled for a table full of nicer breakfasts. 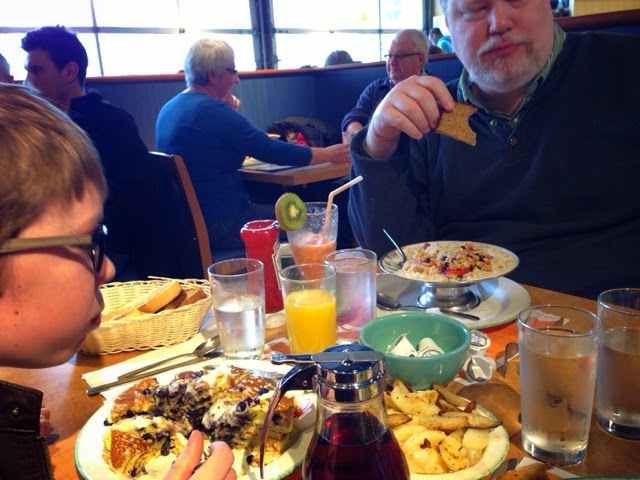 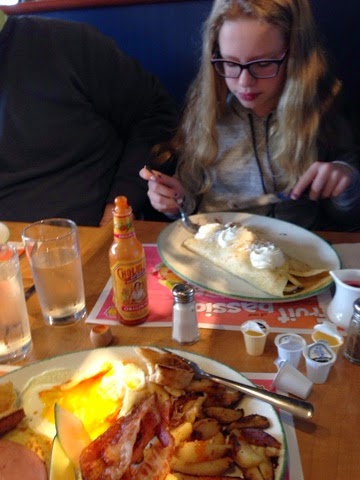 Fully stuffed, we slogged our way through sloppy streets and dropping temps to the Art Gallery of Ontario.  Hence our artsy self-portrait. 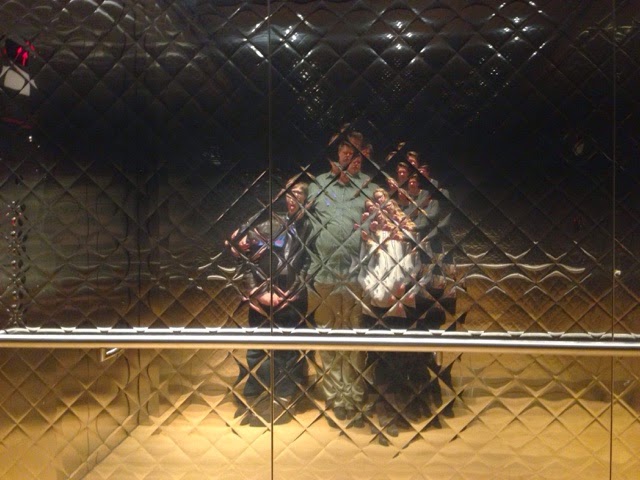 We went to AGO for their Jean-Michel Basquiat retrospective. 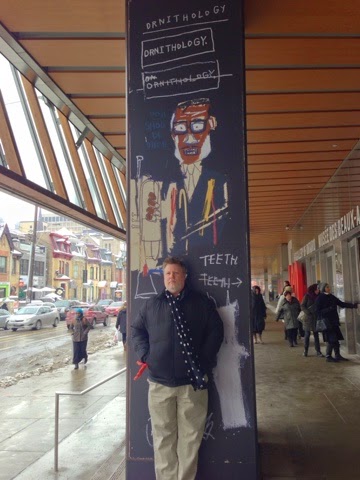 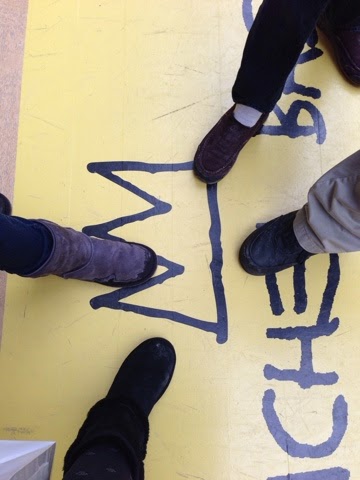 It’s hard to explain why Basquiat’s art is so important to me, but it is.  I’ve only ever seen a few of his works in person before, so seeing this powerful exhibit was remarkable.  The title comes from an album by Charlie Parker, which inspired Basquiat.  But, the retrospective makes extraordinary use of a section of Martin Luther King, Jr.’s I Have a Dream speech, which plays on a loop in the gallery reminding viewers that “Now is the time ….”  Basquiat’s artistic career really spanned less than a decade and ended before he reached 30.  The fury and promise of his early works is sadly disappearing in his last works, but what burns bright remains incandescent.

The exhibit did not allow photos, but just a glance at the chalkboard at its end suggests the impact it is having.  Go see it! 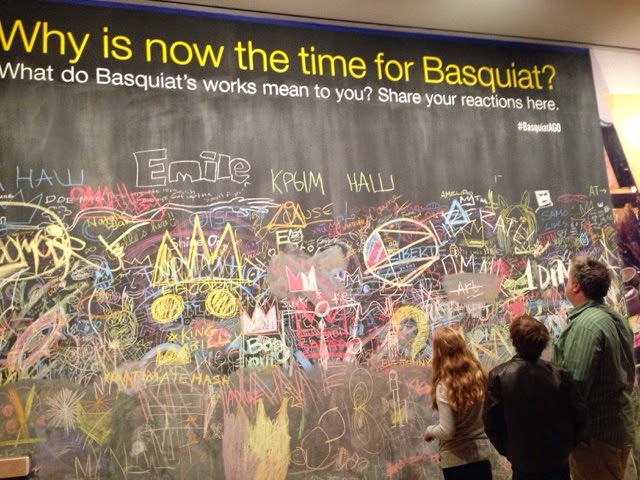 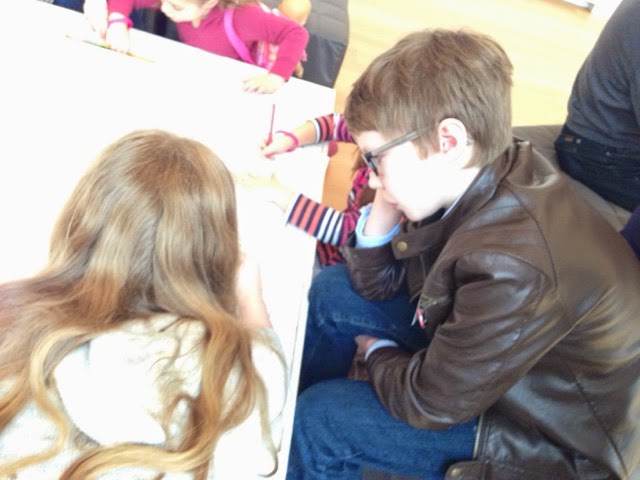 Harper was not satisfied with chalk alone … 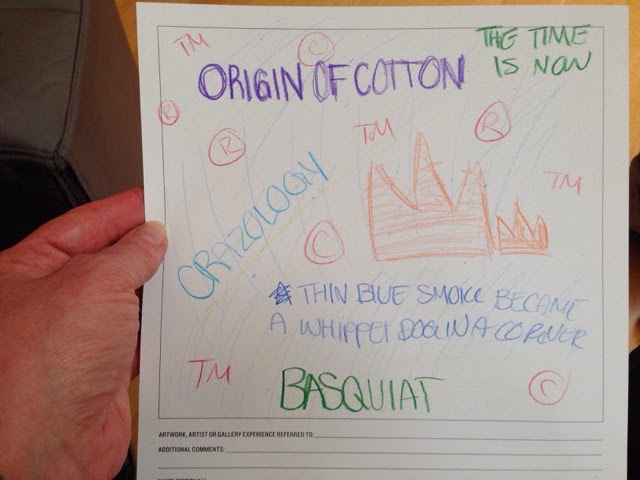 Over the 3/4 walls of the Basquiat gift shop, I glimpsed these wonderful granny square afghan statements created by the perfectly named FAG collective: feminist art gallery.  Love it! 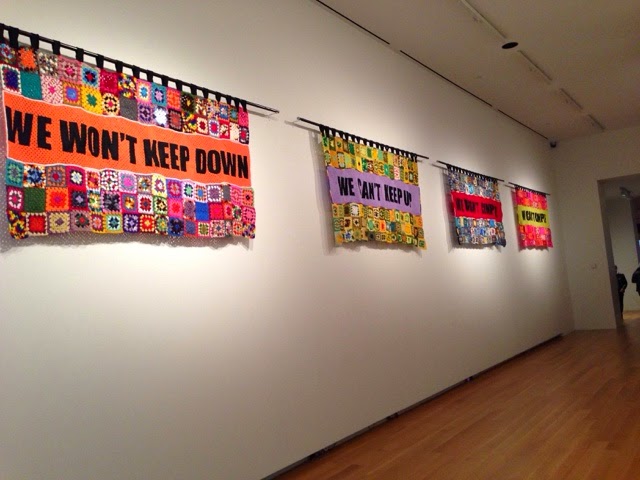 We’re AGO members because it’s such a great gallery–not just in art but in design.  It is a warm, welcoming place filled with light and gorgeously hued and honed wood.  It doesn’t hurt that Frank Gehry, a Toronto-native, gave his love and talents to AGO in a way so very different from his usual sculpted metal edifices. 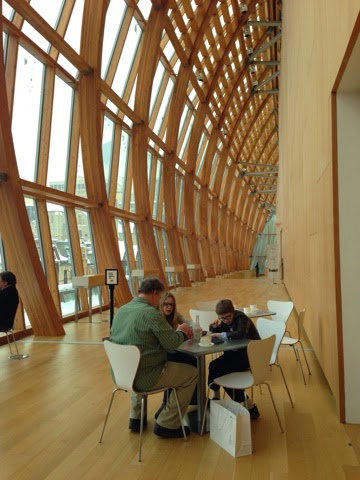 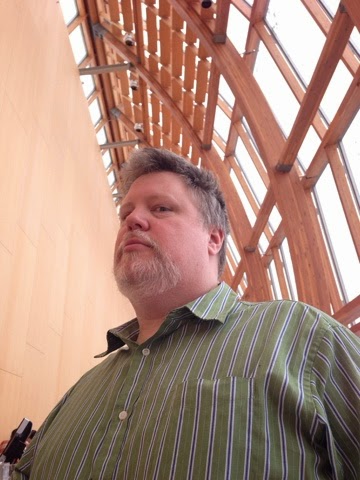 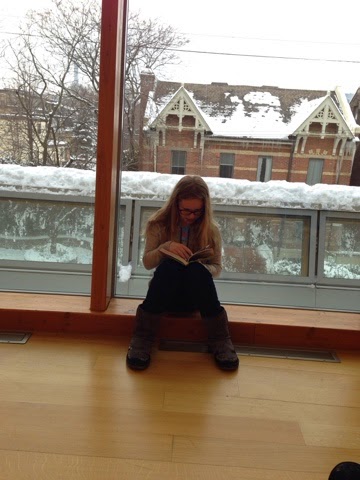 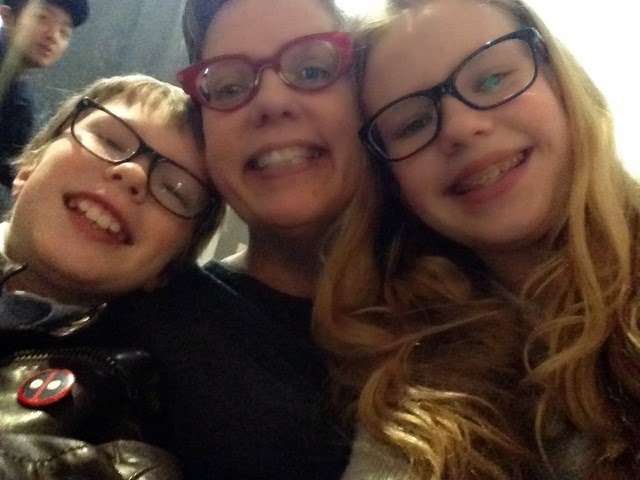 How do you top all of that … remember sublime and ridiculous … we went to Wahlburgers!  The design seemed borrowed from Shake Shack, but the burgers were their own–and were pretty good.  Plus big props for the tater tots and sweet potato tots! 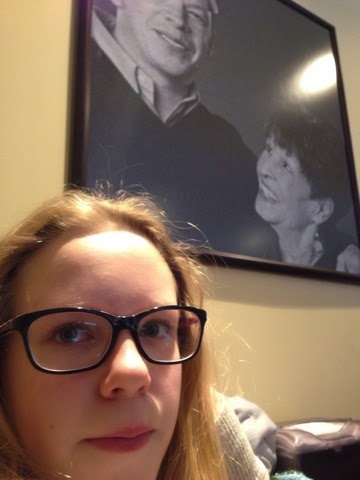 Then, it was time to head home.  Our car’s GPS seemed a bit tired from the weekend, slipping to sleep and leaving us to drive our way through Lake Ontario. 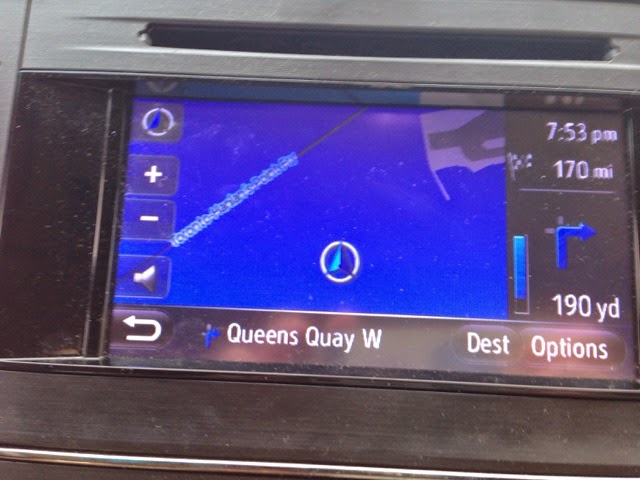 And, it was not alone. 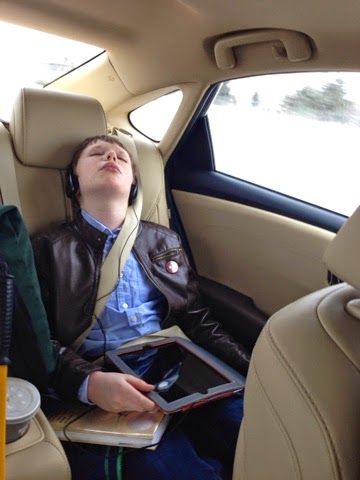 We packed a lot into three days.  Basquiat first rose to fame as part of a loose graffiti collective known as SAMO, meaning “same old s**t.”  Our goal is for none of our vacations, however long or short, to be SAMO.  And this time, we succeeded!