Do I Amuse You? Yes!

After two wonderful days in Chicago, we planned a daylong stop at Six Flags Great America on our way to the Wisconsin Dells.  It would sub for our canceled trip to Cedar Point so that the kids still got some quality coaster time.  Our thought we to get there early, but we’re us.  So, we rolled up on Gurnee around 1 pm; then, we needed lunch at Cracker Barrel because road trip. 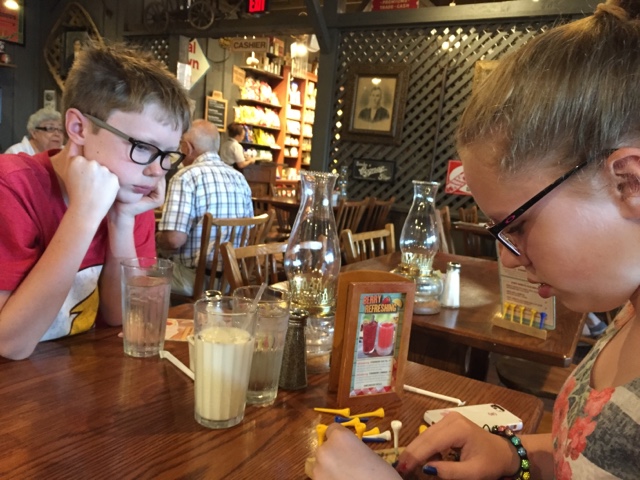 All of this slow walking as travelers had a benefit: we drove and ate through the rain, leaving the sun for the afternoon at Six Flags.
Here’s a story: Shortly after the then-named Marriott’s Great America opened in the late 70s, my father took my sister and me there.  We couldn’t believe something like this possible.  We had been to the old DandiLion Park a few times, but wow, a real themed amusement park, that was a game changer.  We only went once, but I can remember much of that trip, including that it seemed huge and hours away from our house in St. Francis.  Going back after a lifetime of going to Disney and driving up and down the state of Florida, and up and back across the state of New York, everything looked different to me.  But, the kids still loved it!
This is what Six Flags looked like to Harper and Penn:
Crazy deconstructed coasters that ended in the sky! 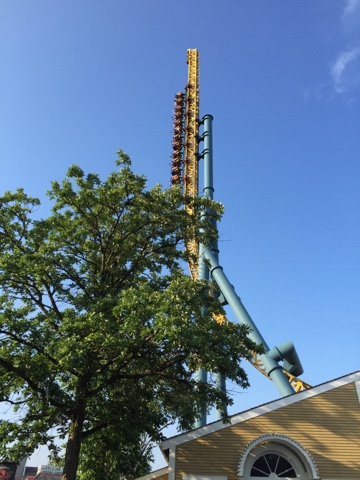 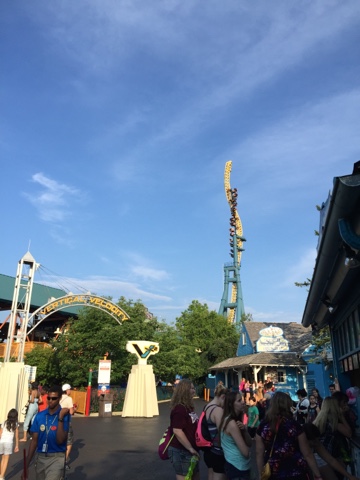 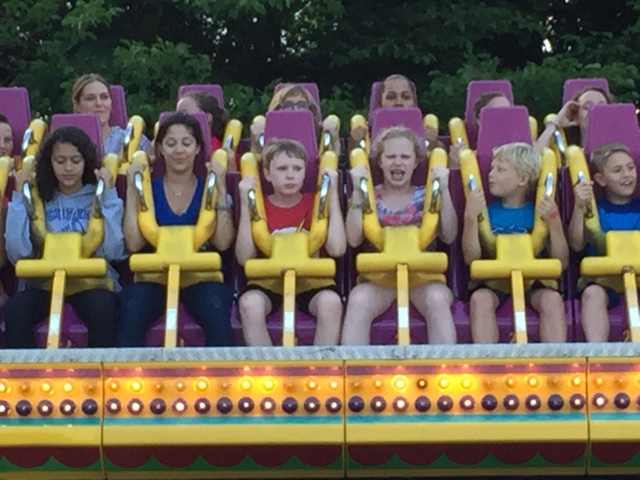 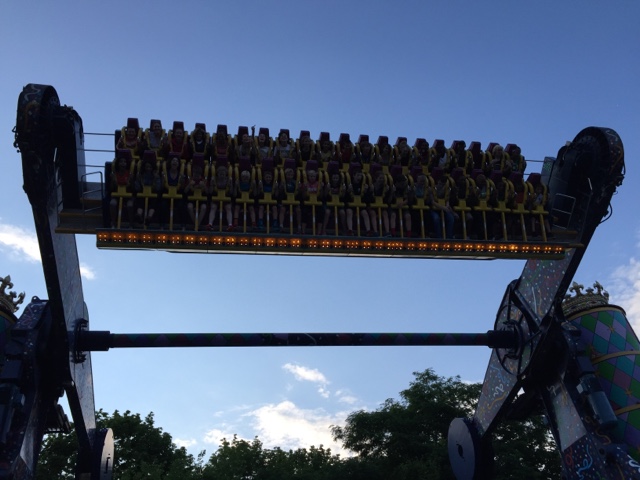 The country’s fastest wooden roller coaster with inversions and an 85 degree drop! 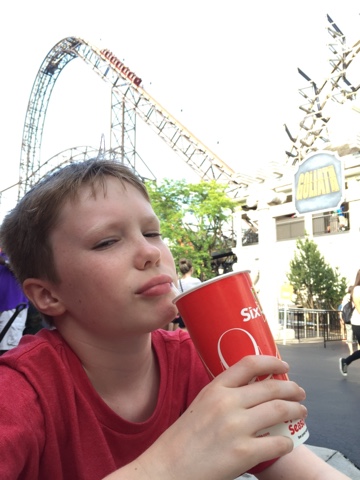 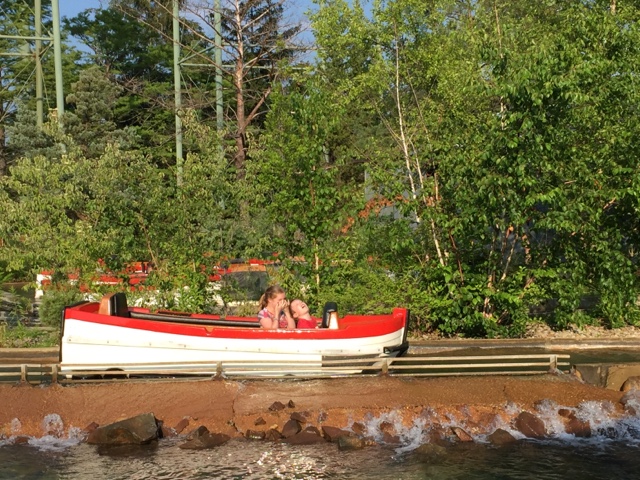 And now, for us.  At our age, amusement parks now look like this:
Shaded reading patios. 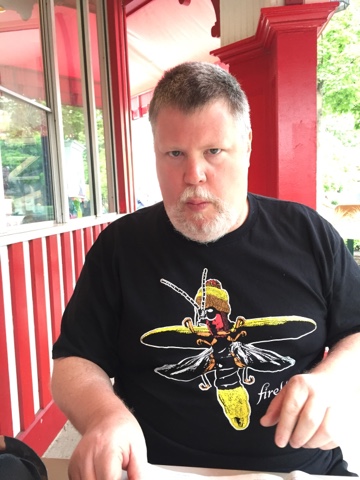 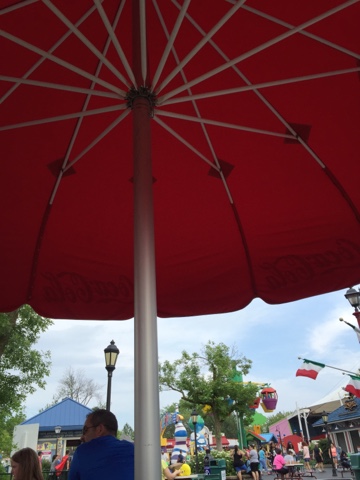 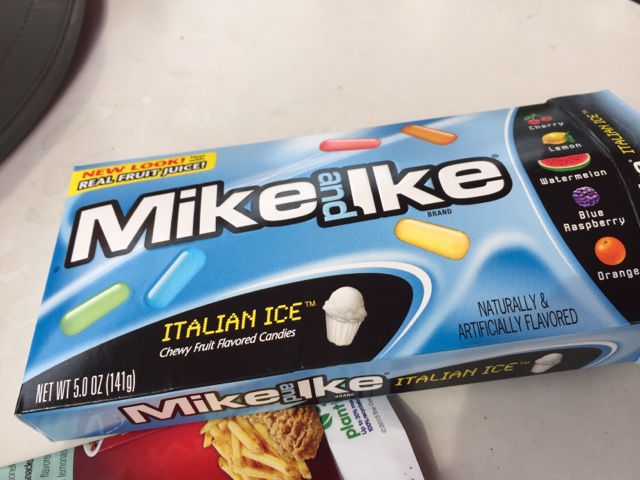 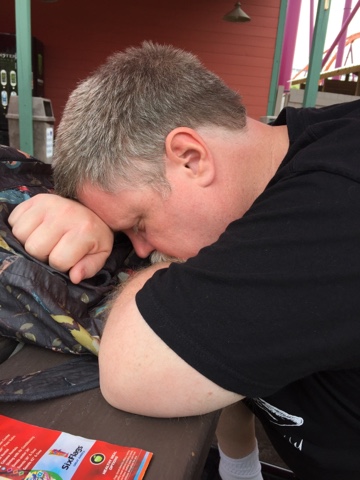 In other words, perfect fun for all members of the family in just the right size to ride all the coasters in a day.  Oh, and the park had nice staff and very low-key, short-line photo-ops, too!
Look, it’s Scooby-Doo!  Where’s Harper, you might ask.  She was initially too cool for photo-ops.  Ah, teens, but she warmed up. 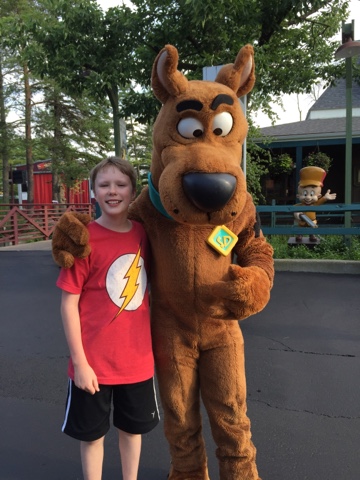 Who can say no to Bugs? 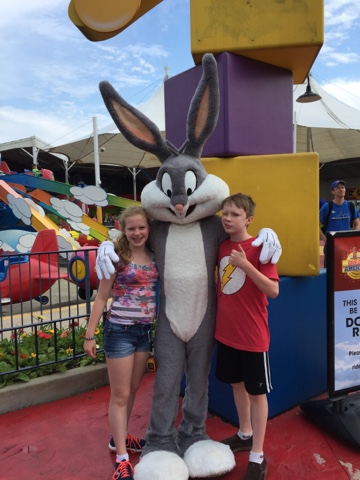 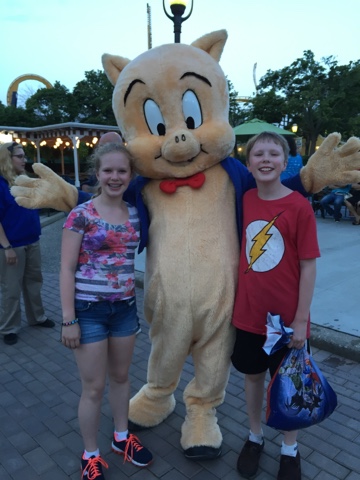 And, even Marvel-boy–who has a soft-spot for the Flash–got into Batman pose. 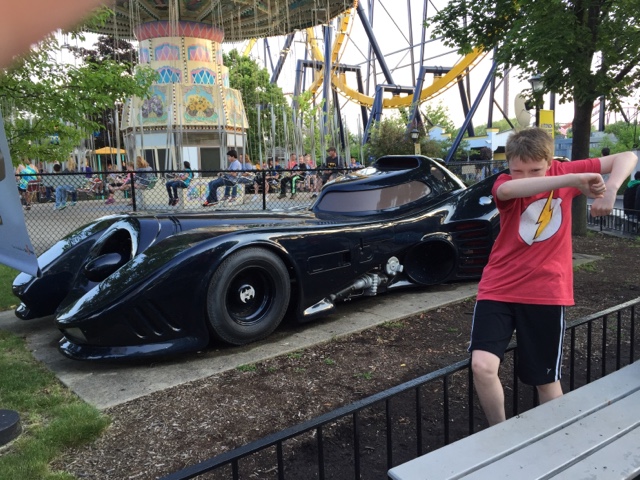 Some pictures perfectly capture a relationship 🙂 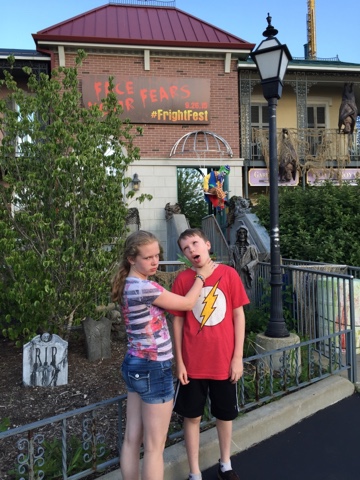 Somewhere in our house, we have such a picture.  It’s from a long ago Davis family trip, when young Diana, Traci and Ned dressed up in “old-timey” Western wear for a sepia-toned photo.  While we were waiting for a ride, Harper noticed a photo studio and asked Ned if they could recreate this photo.  It took about a minute for everyone to say yes, then a bit longer to get into character.  But, as soon as they did, the magic happened! 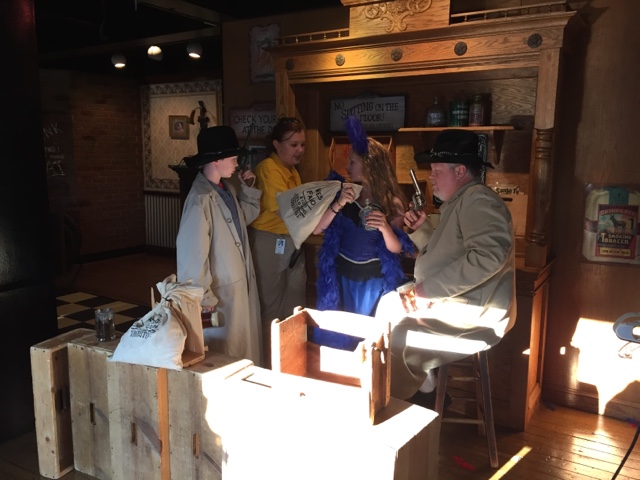 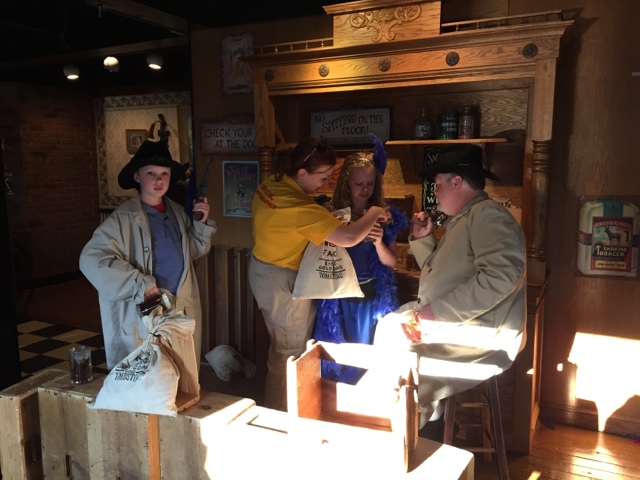 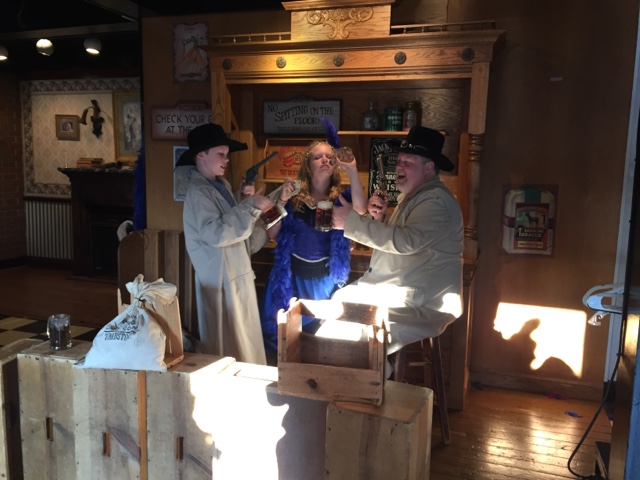 Cut and print!  It’s a keeper!  Though, hopefully not a glimpse into our family’s future. 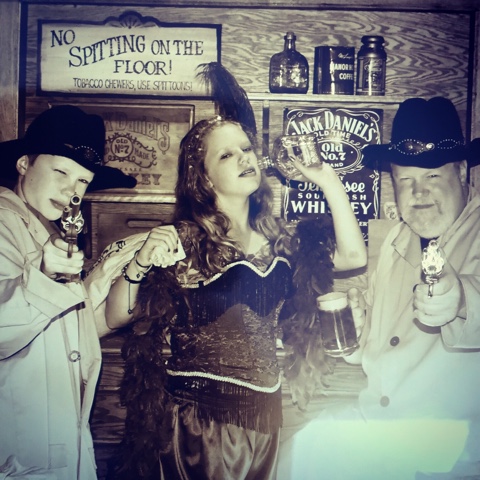 After reliving the memories of family’s past of not one but both parents and almost closing out the park, we bid goodbye to Great America, a park that still held the ability to amuse and entertain about 40 years later. 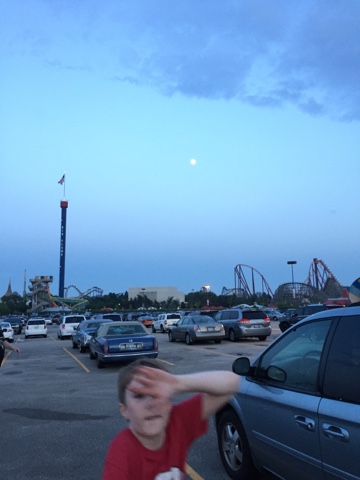 We grabbed some Jimmy Johns sandwiches, headed North, and then, about midnight, pulled into the Glacier Canyon Lodge in the Dells, ready to collapse.  Even the Flash was ready to call it a day and give his superpowers a rest. 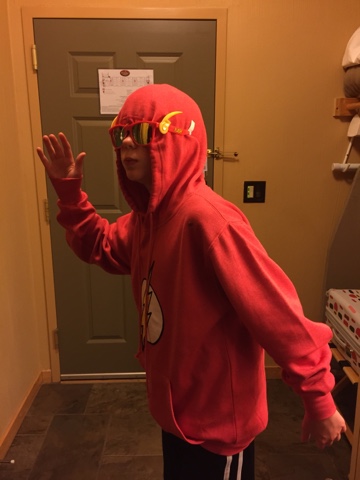 Oh, and in case you’re wondering, turns out it’s about a 40 minute drive from Great America to St. Francis.  Who knew?