Going Back to Cali

The last time we were in LA, Harper was learning to walk and Penn was in utero.  Given that she now has her learners’ permit and he’s about eight inches taller than me, it seemed time to go back–especially since JetBlue offers a direct flight from Buffalo.

Just about six hours and three time zones later, we had the City of Angels in our sights.

By the time we got our luggage and car, it was after 11 pm in LA (or about 2 am in Rochester) and we were starved. Hello, In-N-Out! 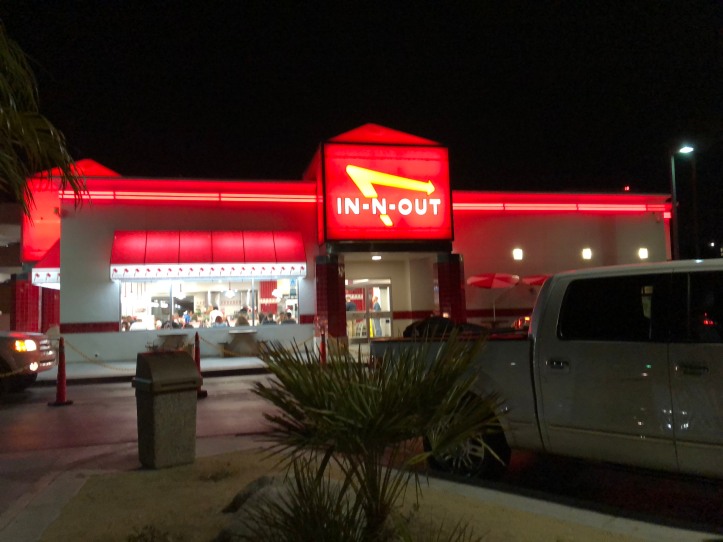 I get that it was Saturday night, but this was the INO by LAX, so why it was jam packed with everyone from scenesters to families to us is a mystery.  We had to table hawk like we were at the AMNH Shake Shack at lunch, but it was worth it: lettuce wrap burgers, gf fries, fountain drinks, yum! 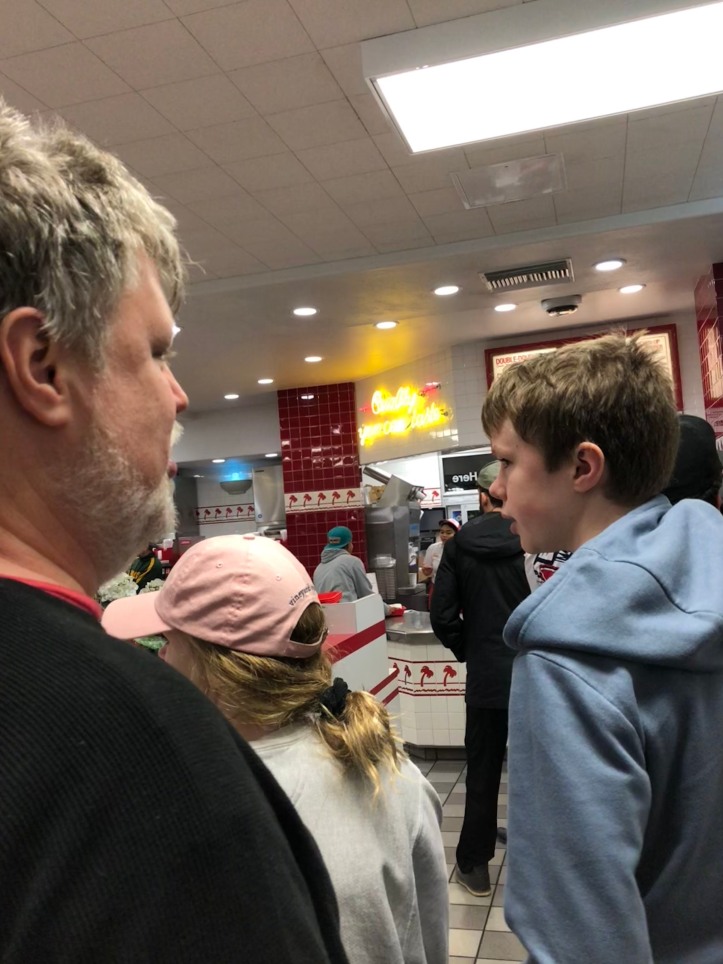 Filled with the lasting taste of INO raw onions, we made the 40 minute drive out to our home for the next two nights: a Fairfield Inn directly across from Disneyland with a Panera strategically placed in its parking lot.

Let’s talk about that: Having been raised from infancy on the Walt Disney World Transportation System that criss-crossed the tens of thousands of acres of WDW property, buses and monorails and boats (big and small) on which they had bounced in excitement, been cuddled in heavy slumber and raging tears, giggled and laughed at sibling humor, iPhoned in teen silence, and simply sat and stood in anticipation hundreds of times for hundreds of hours, the kids were straight-up gobsmacked that one could stay across the street from and then walk to (WALK TO?!?) a Disney park. What was this “Disneyland”?

We would learn in the morning. As for Saturday, well, it was rapidly turning into Sunday, as midnight in LA meant 3 am at home, and we all just needed to go to sleep, dreaming of onion-y burgers, snowless skies, and Mickey right next door